Previous systematic reviews and meta-analyses of animal studies have shown that therapeutic hypothermia is highly effective in reducing infarct size and improving neurological outcome. Hypothermia can affect several ongoing processes in the penumbra, such as counteracting edema, reducing lactacidosis, and inhibiting free radical formation and apoptosis. However, there is only little evidence of therapeutic hypothermia in human stroke.

In this paper of ESJ, van der Worp and colleagues reported results of EuroHYP-1, a European multicentre, randomized, phase III clinical trial which aimed to assess whether modest systemic cooling started within 6 hours of symptom onset could improve functional outcome at three months in awake patients with acute ischaemic stroke. These patients were allocated to hypothermia (target body temperature of 34-35°C either with intravenous infusion or a pre-specified surface cooling method) within 6 h after onset of stroke. Hypothermia was maintained for 12 to 24 hours. The primary outcome was mRS score at 91 days, assessed by independent blinded adjudicators. Although the target sample size was 1500 patients, the trial was stopped after inclusion of 98 patients, at 23 study sites, because of slow recruitment. Of these, 49 were randomized to hypothermia and 49 to control arm. The intention-to-treat analysis showed no difference between the groups (OR for good outcome, 1.01; 95% CI, 0.48-2.13; p=0.97). 38% in the hypothermia group and 29% controls had at least one serious adverse event, such as pneumonia and symptomatic intracranial haemorrhage. Unfortunately however, the final sample was underpowered to detect any benefit or harm of therapeutic hypothermia. Furthermore, in about two thirds of patients randomized to hypothermia, it was not possible to achieve cooling target of body temperature of 34-35 °C, mainly because of shivering and discomfort. As the authors conclude, despite of a well-balanced and robust study protocol, the feasibility of cooling needs to be improved before launching any new trials. 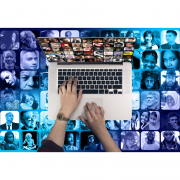 Cerebral venous thrombosis, HIT and VITT: from antibodies to management

Elevated troponin in acute ischemic stroke – a matter of debate?

SVIN Workshop at ESOC 2019A Tale of Two Cities – Part 2: Wrong side?
Scroll to top