Comment on the paper “Women in the European Stroke Organisation: One, two, many. . . – A Top Down and Bottom Up approach” by Dr Linxin Li

“I try to teach through my opinions, through my speeches, how wrong it is to judge people on the basis of what they look like, colour of their skin, whether they are men or women.”      —-  Ruth Ginsburg

This is a quote from the US Supreme Court Associate Justice Ruth Ginsburg, who is one of the most extraordinary figures in women’s fight for gender equality. Her work from the 1970s in the US has helped to shape the modern era of women’s rights. Now 4 decades later, how are we doing? In this issue of ESJ, on behalf of the Women’s Initiative for Stroke In Europe (WISE), Sandset and colleagues assessed the current status of women in the European Stroke Organisation (ESO) and reported the change in sex differences in the last 4 years, after ESO and WISE combined their efforts to launch a Top Down and a Bottom Up approach in 2014.

Luckily, there is good news.

Despite advances, the authors have also identified areas that require improvement.

The authors concluded that more women are now involved in core activities in ESO owing to approaches adopted by ESO and WISE using both the Top Down and Bottom Up approaches. However, the proportion of women holding senior and leadership positions are still lower to the proportion of women attending educational activities. In addition, there is an evident lack of female principal investigators in acute stroke trials and this is more disappointing if you consider that stroke affects more women than men. Therefore, tailored leadership training for women, such as the ESO WISE Leadership Workshop in Milan, 21st May, would be an important step to prepare women for more challenging roles (https://eso-stroke.org/eso/eso-wise-stroke-leadership-workshop). On the other hand, more efforts to remove the obstacles that constrain gender equality, in terms of personal development, career, research and salary are also needed.

“When I’m sometimes asked when will there be enough women on the supreme cohort? And I say when there are nine, people are shocked. But there’d been nine men, and nobody’s ever raised a question about that.”      —-  Ruth Ginsburg 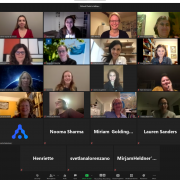 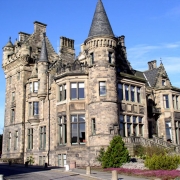