“I am woman” campaign”

The “I am woman” campaign reinforces the fact that while stroke does not discriminate between sexes, women are more at risk of having a stroke and in many cases are the primary caregiver to an affected husband, father, partner, daughter or son.

To support the “I am woman” initiative ARS Umbria made a video to promote awareness and stroke prevention among women. Click here to watch the video.

The ESO is a member of the WSO and offers ESO Individual members the benefit of joining the WSO with a reduced membership fee of 35 EUR. For more information, check out the ESO Membership benefits.

October 29 is World Stroke Day which was established by the World Stroke Organization in 2006 to help spread public awareness of the world’s high stroke risk and stroke prevalence. Read more. 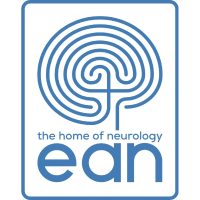 To read the Letter of Intent between EAN and ESO, please click here.

A Memorandum of Understanding between Stroke Alliance For Europe (SAFE)  and ESO has been signed where both parties  agree to collaborate on supporting  stroke  awareness, patient care, research and long-term sequelae.

To read the Memorandum of Understanding between SAFE and ESO, please click here.

To read the Letter of Intent between CSA and ESO, please click here.

There are 17 million people who suffer a stroke each year. Stroke is the leading cause of disability worldwide. Every other second, someone, be it an adult or a child, a man or a woman, young or old, suffers a stroke. Despite these shocking statistics, many people affected by stroke are unable to access treatment, rehabilitation and support that would provide them with the greatest chance of a good recovery and a healthier, more productive and independent life.

The Stroke Bill of Rights was developed by a group of stroke survivors and caregivers from each region of the world. They were supported by a larger group of survivors and caregivers and by thousands more from different countries, cultures and language who completed surveys to understand if there are any differences in different parts of the world.

The Global Stroke Bill of Rights is an important priority for the World Stroke Organization and was developed with the organization’s support as a part of its commitment to improving stroke care around the world.

ESO and the European Society of swallowing Disorder (ESSD) recently signed a memorandum of understanding (MOU) based on their similar mission to encourage and provide research, education and awareness. The ESSD aims to improve and promote care, education and research into swallowing disorder. The MoU underlines the
ESSD’s proposal for labelling of agents for fluid thickening to treat patients with oropharyngeal dysphagia.

To read the Memorandum of Understanding between ESO and ESSD, please click here.

ESO and the European Society of Neurosonology and Cerebral Hemodynamics (ESNCH) recently signed a memorandum of understanding (MOU) based on their shared goal of the advancement of stroke prevention and treatment in Europe and globally.

To read the Memorandum of Understanding between ESO and ESNCH, please click here.