Up to 25% of all ischemic strokes are considered cryptogenic according to TOAST classification and this proportion can increase up to 40% in younger cohorts.1,2 However, cases with multiple causes and cases with an incomplete diagnostic work-up are also considered to be cryptogenic in this classification. Therefore, in 2014, the Cryptogenic Stroke/ESUS International Working Group proposed the first solid criteria for a subgroup of cryptogenic stroke – embolic strokes of undetermined source (ESUS): (1) non-lacunar stroke detected by CT or MRI; (2) absence of extracranial or intracranial atherosclerosis causing 50% luminal stenosis in arteries supplying the ischemic area; (3) absence of a major-risk cardioembolic source of embolism; and (4) absence of any other specific cause of index stroke. Lacunar stroke was defined as a subcortical infarct 1.5 cm in largest dimension and in the distribution of the small, penetrating arteries.3

Ntaios et al4 applied ESUS criteria to the Athens Stroke Registry. Of 2735 stroke patients, 275 (10%) were ESUS. The median age was 68 years (58-76), so younger than in the traditional undifferentiated stroke population. The risk factor profile in ESUS was shown to be similar as with general stroke population, including arterial hypertension (64.7%) and dyslipidemia (50.9%). This study also showed that the most frequently affected arterial territory in ESUS was the entire middle cerebral artery and that the symptoms were maximal at onset. ESUS were of moderate severity (median NIHSS 5), compared most importantly to cardioembolic strokes (median NIHSS 13). Moreover, in Global ESUS Registry with 2144 patients, ESUS patients (n=351, 16%) were significantly younger compared with non-ESUS patients (mean age 62 and 68 years, respectively) and 43% of them were female. Hypertension, diabetes, and prior stroke were present in 64%, 24%, and 17% of cases, respectively. The most frequent secondary prevention prescribed to ESUS patients was antiplatelet therapy.5 However, the frequency of conventional risk factors in ESUS patients varies across cohorts, as shown in a recent systematic review including 9 studies.6 Annual risk of recurrent stroke in ESUS was approximately 4.5% per year during a mean follow-up of 2.7 years.6

A preliminary report including just 100 young patients with median age of 45 years (range 26-55) suggested that up to about 4/5 of cryptogenic ischemic strokes in the young would fulfill the ESUS criteria.7 However, larger studies as well as reports on long-term outcome in young ESUS patients are still lacking.

The recently terminat4ed NAViGATE ESUS trial comparing rivaroxaban and aspirin showed no efficacy improvement over aspirin at an interim analysis and very little chance of showing overall benefit if completed. However, any results from the ongoing trials RESPECT ESUS (dabigatran vs. aspirin) and ATTICUS (apixaban vs aspirin) are yet to be published. 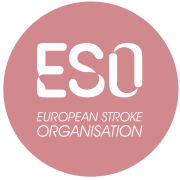 Call for members of the ESO Stroke Education Platform Editorial Board