Randomized controlled trials (RCTs) are a great source of information, but they need to be transparent in order to allow critical assessment of validity and generalizability and the use of their data in meta-analyses. The Consolidated Standards of Reporting Trials (CONSORT) guidelines were created to improve the reporting of clinical trials.

A review from 1998 showed that stroke RCTs had a low standard of reporting, particularly for positive outcomes.

In a paper published first online today in the European Stroke Journal, the authors aimed to assess the extent of adherence to the CONSORT guidelines in Stroke trials, whether it changed over time, and what were the factors associated with better reporting rates. They did this by performing a systematic review of RCTs including patients with any type of stroke or transient ischemic attached (TIA) published between 1997 and 2016.

177 RCTs were included, and were evaluated according to check list of 10 criterion identified by a group of experts within the CONSORT group, and the total score ranged from 0 to 10.

Most trials evaluated acute interventions, especially drugs. The mean total CONSORT score was 5.8/10, and the most frequent and consistent reported items were explicit definitions of primary outcome measure and the estimated treatment effect size. The least frequently reported items were details about trial registration and the availability of the protocol, which is in line with previous data.

There was a significant improvement in reporting from 1997-2000 until 2010-2016 (from 4.9 to 6.8), likely to be influenced by the revisions of the CONSORT guidelines and when the journal endorsed CONSORT. Trials with a commercial funding source, multicentre recruitment and larger sample size more often reported according to CONSORT guidelines.

Contrary to the review published in 1998, this study showed that the journal impact factor was positively correlated with the RCT reporting scores. High factor journals may have higher scrutiny when accepting RCTs for publishing, and RCTs are usually first submitted to these journals for publication.

Overall, it is reassuring that reporting quality of RCTs has been improving over time, but these findings also confirm we can still do more. As more journals endorse the CONSORT Statement, we, as authors or readers, should also do our best to ensure full adherence and avoid that misleading or misunderstood studies harm patient care. Submitting a complete CONSORT checklist alongside with the RCT manuscript when trying to publish can probably help us to improve the quality of our stroke RCTs.

The original article “Completeness of reporting of randomised controlled trials including people with transient ischaemic attack or stroke: a systematic review” is available in the Online First section of the European Stroke Journal. http://journals.sagepub.com/doi/full/10.1177/2396987318782783 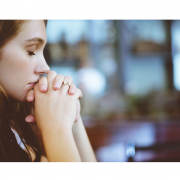 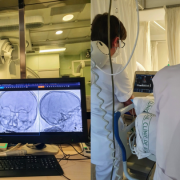