By Anita Arsovska, ESO member and SAFE Board member

SAFE regional conference was held on the 5th of July 2017 in Berlin, Germany. It was dedicated on the Burden of Stroke Launch and the following actions at the national level in the context of this Report. Representatives from the Central and Eastern Cluster countries attended this conference (Macedonia, Serbia, Bosnia and Herzegovina, Slovenia, Hungary, Romania, Poland, Czech Republic, Germany, Ukraine and Belarus).

It started with the welcome, greetings and introduction to delegates by Michael Brinkmeier, Chairman of the Board, German Stroke Foundation and Markus Wagner, SAFE Vice President.

The next session was dedicated to introducing the SAFE regional representatives, the importance of parthership and output from the BI session at 2016 regional conferences. The main theme was of course the Pan-EU launch of the Burden of Stroke Report, that was launched to policy makers on the 11th of may 2017 in the EU Parliament and to HCPs on the 16th of May 2017 during the ESOC in Prague. We also discussed the immediate outcomes and next steps that will be taken at pan EU level.  Markus Wagner presented the data from the Report on the Burden of Stroke that showed shocking disparities between and within countries along the entire stroke care pathway, with post-stroke support being neglected by all countries. The standards for stroke care, treatment and rehabilitation need to be the same in all parts of Europe. SAFE believes that each EU member state should have a national stroke strategy actively supported by the Government. EU policy makers should support a Joint Action on stroke, in the framework of the EU Health Programme. Focus should be put on data collection, prevention, promotion, and implementation of national stroke strategies and performance assessment. A wide range of professionals, people who have had a stroke, carers and voluntary associations should be involved into the implementation.

The data presented showed that through our digital communication channels we have reached around 4.786.000 people on Twitter, Facebook and our websites in the period from 15.02.2017-25.05.2017. At the launch date we have reached 2,393 Million people with our messages!

After the Launch of the Burden of Stroke and the 1st EU Stroke Summit, SAFE was invited to represent the stroke patient voice at the Joint meeting of Chief medical, nursing and dental officers (CMO). Stroke was the main topic of the CMO meeting, which is a twice-a-year top-level EU healthcare decision makers meeting within the framework of EU Presidency. The joint meeting was actually held during the Estonian Presidency of the Council of the European Union in Tallinn on the 5th and the 6th  of July 2017. The Estonian Presidency (through the CMO meeting) will address this issue at EU-level during the latter half of this year.

The session “ Burden of Stroke Report” National launch activities was chaired by Markus Wagner and Anita Arsovska. All delegates had a chance to report on their national activities and to explain how to use findings from the Report on a national level, for sustainable advocating and campaigning.

Mike Kan (Cohn&Wolfe) facilitated the BI workshop on how to use Burden of Stroke Report to support ongoing national communications. We focused on the World Stroke Day 2017 theme, the prevention of stroke, to illustrate the planning process and discussed how to interpret and effectively use data collected within the Burden of Stroke Report for advocacy and campaigning, using quality indicator 3 as an example (adults with atrial fibrillation at increased risk of stroke are treated appropriately with anticoagulants).

Establishing and optimizing NGO and industry partnerships session was chaired by Lucinda Shaw (Weber&Shandwick) and the BI representative from Ingelheim HQ, where we learned how to establish partnership opportunities from industry and how to find ways of effectively working together to raise awareness of the Burden of Stroke.

Gary Randall prepared the presentations on SAFE research projects in EU, and Markus Wagner presented the update on research and partnership projects.

On behalf of the World Stroke Organization, Anita Wiseman presented an update on partnership and projects and SAFE Proposal for World Stroke Day on October 29th. SAFE President, Jon Barrick is the President of WSD campaign this year, which will focus on stroke prevention.

Anita Arsovska and Markus Wagner facilitated the last session, SAFE round up of activity, where each organization shared their plans for the World Stroke Day 2017 and the next year. All delegates agreed that this was a very productive meeting, with brand new ideas and a great chance to interact and exchange mutual opinions and experience. 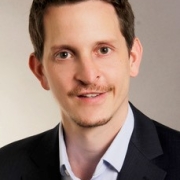 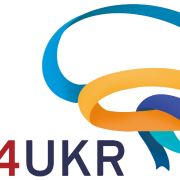 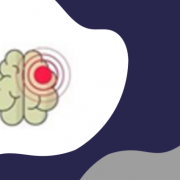