This is a true case that I recently heard about in a meeting. I thought it might be of interest to you too.

A 40-year-old man who lives in the Netherlands but works in the UK presented to a hospital in the UK. He had a sudden onset of left face, arm and leg weakness whilst traveling on a train. At the emergency department, his initial NIHSS was 6 and on clinical examination, he also had bilateral upgoing plantars. His past medical history included asthma, type 2 diabetes and paroxysmal atrial fibrillation. He reported that he normally takes warfarin and his admission INR was 1.4. Brain CT was unremarkable.

IV thrombolysis was suggested but he refused! Fortunately, all his symptoms improved significantly in the next couple of hours.

Whilst he was waiting to be discharged, he was recognised by a stroke specialist nurse from an admission several months prior under a different name. Soon after that, he left the hospital abruptly.

It turned out that he had had several similar presentations both in the UK and in Ireland over the last 5 years, all with different names. Only in Ireland, he had 46 CT brains, 5 CT angiograms, 7 MRI brains across 13 hospitals and was thrombolysed on at least 4 occasions!1

This is not a case with recurrent stroke but a patient with factitious disorder – Munchausen’s syndrome.

Munchausen’s syndrome is a psychological disorder where someone pretends to be ill or even deliberately endorse medical illness. Although there are several case reports for factitious disorder imitating acute stroke, the actual incidence rates are unknown.2  Stroke is frequently chosen by these patients because of its acute nature with a short time window for treatment. Moreover, diagnostic investigation (i.e. CT) is insensitive and more definitive imaging tests such as MRI are time consuming and not routinely performed in the hyper-acute setting. Previous case series suggested that younger age, absence of facial involvement and multiple previous strokes might raise some red flags but in most cases, a timely accurate diagnosis is still challenging.2

Reassuringly, although it is always worth remembering this rare condition when treating patients presenting with acute stroke, it is also worth bearing in mind that symptomatic intracerebral haemorrhage after IV-thrombolysis in stroke mimics is uncommon.3 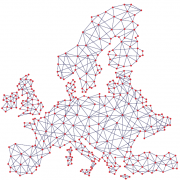 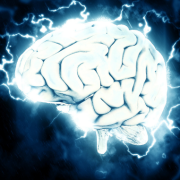 An Update from Angels 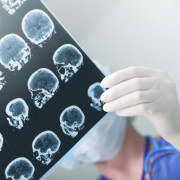