Alteplase is the cornerstone of acute ischemic stroke pharmacological treatment, either alone or prior to mechanical thrombectomy.1Considering that approximately 20% of all strokes are due to large vessel occlusion (LVO)2, the majority of stroke patients will receive pharmacological treatment alone. However, alteplase has an early recanalization rate of less than 50%3, which is even lower in case of LVO. Considering that early reperfusion is a strong predictor of good outcome4, the quest of an “heir” for alteplase with a more favorable pharmacological profile seems justified, as clearly described in a recently published review from Coutts et al5. Tenecteplase might be one of them.

Tenecteplase is essentially a molecule of alteplase genetically engineered in three points. Compared to alteplase, it has higher fibrin affinity, greater resistance to PAI-1 (plasminogen activator inhibitor-1) and longer half-life (allowing for a single IV bolus instead of 1-hour infusion), with low effects on general hemostasis6.

Looking at the pharmacological features of tenecteplase, three possible strength points are claimed: 1) higher efficacy in clot lysis; 2) lower hemorrhagic complications; 3) faster administration. The first two points might contribute to the achievement of higher recanalization rate with better outcomes, while the last point might accelerate the stroke-network processes (as an example, door-in-door-out in a drip and ship model) and the door-to-groin time.

At the moment, tenecteplase is the drug of choice in systemic fibrinolysis for myocardial infarction, where it has been shown to be safer and simpler to use than alteplase7.

Finally, a recent meta-analysis pointed out that tenecteplase is not inferior to alteplase in reducing 90 days disability among stroke patients10.

As we usually conclude, further trials are needed, but, in this case, there are plenty of choices…

Finally, NOR-TEST2 (NCT03854500), planned to start this year, is going to recruit 1342 patients in order to compare the efficacy and safety of 0.4 mg/Kg tenecteplase vs standard alteplase in <4.5 h stroke, in wake-up stroke and before thrombectomy. Another trial, AcTQuICR (NCT03889249), will test the non-inferiority of 0.25 mg/Kg tenecteplase vs alteplase in a pragmatic set, while the TIMELESS trial (NCT03785678) will test tenecteplase 0.25 mg/Kg in LVO stroke patients between 4.5 and 24 hours.

The struggle to improve stroke care and outcomes never ends, as the above-mentioned trials demonstrate. Let us keep an eye on them, waiting for a worthy heir of alteplase.

Author’s conflict of interest: none. 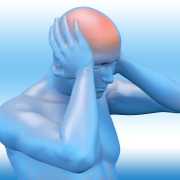 Headache as the only manifestation in patients with cervical artery dissection – a clinical trap? 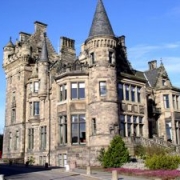