Stroke in Women: From Evidence to Inequalities

With an overall ageing population, the global burden of stroke is increasing, especially in women. In order to improve stroke awareness, control of risk factors, and treatment in women there is need to acknowledge the sex differences in stroke and to implement sex specific stroke guidelines worldwide.

In a Review published in the September issue of Nature reviews in Neurology, a group of European researchers gathered in the Women Initiative for Stroke in Europe (WISE) group is highlighting new insights into specificities of stroke in women, future research priorities, and urge public health policies to decrease the worldwide burden of stroke in women.

Although women are more likely to have knowledge of stroke symptoms, they are less likely to contact emergency services, consequently arriving later to hospitals, receiving less treatment and diagnostic investigations. “Societal characteristics may explain some of these factors; still women are under-represented in clinical trials resulting in a reduced generalizability of study results to women. For example clot-busting drugs have less effect in women, resulting in more disability “says Charlotte Cordonnier on behalf of WISE. “Women are older and often live alone at the time of their stroke. Ultimately we need to tailor both research and treatment in order improve stroke outcome in women.”

Traditional risk factors for stroke such as diabetes mellitus and atrial fibrillation have a  stronger negative impact in women. Moreover, intracerebral haemorrhage is the leading cause of maternal death in pregnancy and pregnancy associated disorders influence the risk of stroke, not only during pregnancy, but also in the decades thereafter. Although a rare cause of stroke, the combined oral contraceptive pill may increase the risk of stroke in otherwise young and healthy women up to 2.5-fold.

Research is needed to establish why outcomes are worse in women than in men, trials need to be tailored to both sexes equally and women need equal access to care and rehabilitation worldwide. 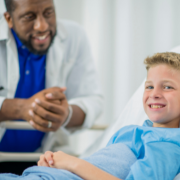