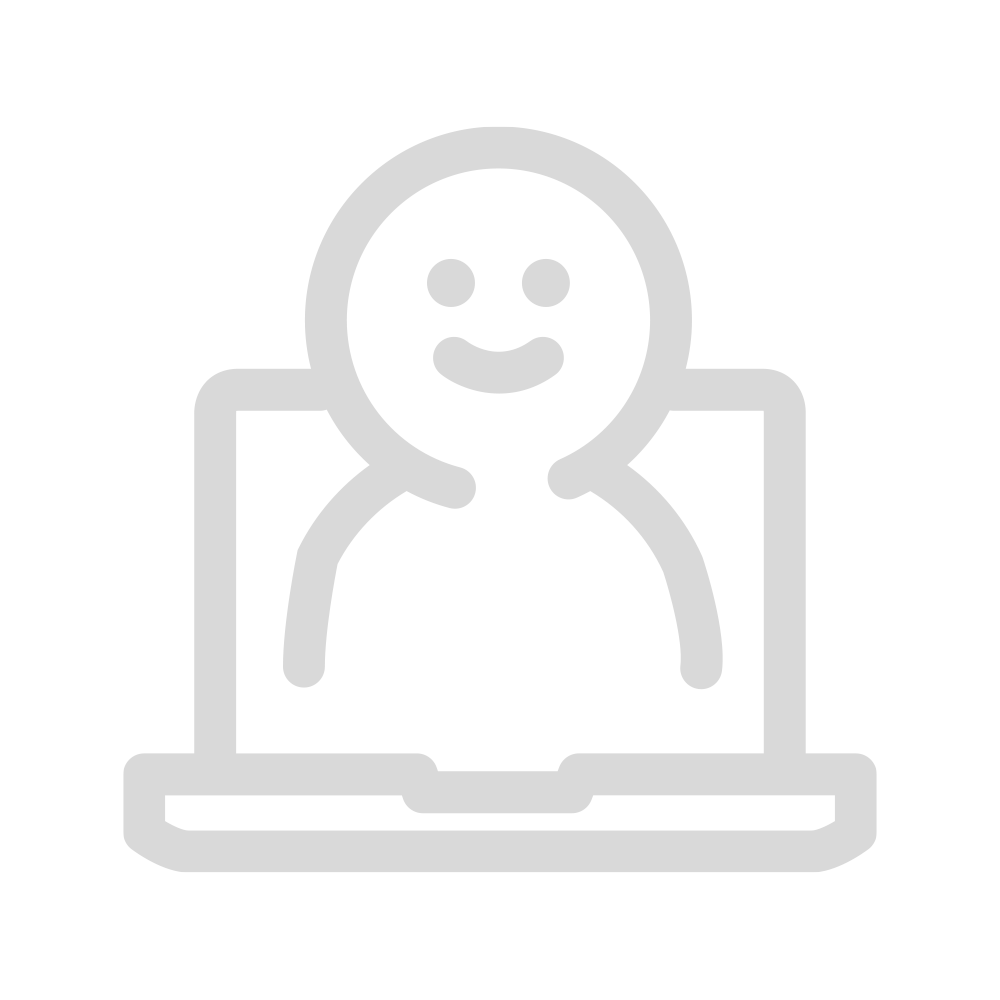 In their effort to provide stroke physicians with the latest evidence-based medical guidelines for the rapidly evolving cerebrovascular field, the European Stroke Organization presented its latest guidelines on important aspects of stroke medicine. For the first time, this took place as an interactive Webinar presented by the lead authors of each guideline and it was the first time that ESO published four guidelines simultaneously. More than 1900 registrations proved in advance that the decision by ESO to go online exploits the Zoom Zeitgeist to leverage the impact of its guidelines within the stroke community.

As an introduction, ESO president Martin Dichgans thanked all people involved in the guideline development and highlighted the investment of ESO in this much clinically relevant task. Chair Guillaume Turc promised further guidelines that will follow in autumn 2021 and session co-chair Simona Sacco elaborated on the thorough methodology using the GRADE guideline development recommendations to ensure the highest possible quality.

Endarterectomy and Stenting for Carotid Artery Stenosis
As the first speaker Leo Bonati presented the guideline on endarterectomy and stenting for carotid artery stenosis. He pointed out that due to the advances in the medical management (namely intensive statin therapy and short-term dual antiplatelet therapy), the applicability of the findings obtained in trials performed several decades ago may not be applicable to current clinical practice any more, especially in the case of asymptomatic carotid stenosis. Hence, several recommendations were graded down.

For asymptomatic carotid stenosis of at least ≥60% according to NASCET criteria, revascularization is recommended in patients considered to be at increased risk of stroke on best medical treatment alone. Considering the available evidence, endarterectomy should be the treatment of choice and the periprocedural risk for stroke or death should not exceed 2%. In patients less suitable for surgery, carotid stenting may be suggested. The results from the upcoming ACST2 trial, expected in the end of 2021, will provide further evidence for the direct comparison of both procedures.
In older patients or borderline indications, features that can be taken into account in a multidisciplinary team meeting should be the life expectancy, covert brain infarctions, stenosis degree/progression, high-risk plaque features, microemboli and the cerebral reserve capacity.

For symptomatic carotid stenosis of at least ≥50% according to NASCET criteria, revascularization ideally within two weeks of the first neurological event is recommended, but the quality of evidence is lower for 50-69% as compared to 70-99% stenosis severity. As explained by Leo Bonati, the signal that women might be less likely to benefit from endarterectomy is potentially explained by lack of power in the trials and hence those recommendations are independent of sex. Whereas with stenting there is an increased risk for periprocedural stroke/death especially in older patients, the risk for myocardial infarction and cranial nerve injury is lower. Overall, endarterectomy is recommended as the treatment of choice, however in patients <70 years stenting may be considered as an alternative.

In the Q&A session, hot topics included the situation of complete carotid occlusion, where revascularization might even be harmful and asymptomatic near-occlusions, where evidence is insufficient to reach consensus. Furthermore, Leo Bonati elaborated on the usefulness of imaging to determine the optimal time-point of revascularization in symptomatic stenosis considering the infarct size and hemorrhagic transformation.

Management of Space Occupying-Brain Infarction
Space-occupying brain oedema is a life-threatening complication that occurs in the first days after large hemispheric or cerebellar infarction. Using illustrative clinical cases, Bart van der Worp, who chaired this guideline, discussed the evidence behind some of the recommendations provided, such as decompressive surgery in patients below and above 60 years. Some expert consensus statements were also discussed, including those on the management of patients with aphasia, involvement of other vascular territories besides that of the middle cerebral artery alone, or presence of major haemorrhagic transformation, all of which should not be regarded as a contraindication to surgery.

Blood Pressure Management in Acute Ischaemic Stroke and Intracerebral Haemorrhage
Management of blood pressure both in ischemic and hemorrhagic stroke has always been a common topic of discussion in Stroke Units all over the world. Else Charlotte Sandset has presented the main recommendations issued by this most-awaited guideline. While in pre-hospital care there is a recommendation against blood pressure lowering, the importance of blood pressure control was confirmed for patients with ischemic stroke, especially in those receiving reperfusion therapies. The importance of early blood pressure lowering in patients with hemorrhagic stroke was thoroughly discussed. Persistent gaps in the current evidence, as well as the expert recommendations that were provided by the members of the guideline working-group were also briefly reviewed. This document is sure to help clinicians in their decisions regarding blood pressure management in acute stroke.

Covert Small Vessel Disease
As the last speaker, Joanna Wardlaw presented the newly designed guideline on management of covert small vessel disease. She pointed out that small vessel disease may not only cause 25% of manifest stroke, but may also present as cognitive impairment, gait/balance disorders as well as mood disorders. She stressed, that this guidelines only addresses incidentally discovered white matter disease and lacunes, but does not apply to cerebral microbleeds, dilated perivascular spaces or covert brain infarctions that are not part of the small vessel disease spectrum.

Regarding the management of blood pressure, there is a strong recommendation for treatment in patients with blood pressure equal or above 140/90mmHg. Despite the fact that lower blood pressure targets were shown to slow down white matter disease progression, there is insufficient evidence for lower than standard targets. Nevertheless, lower targets are not considered harmful if another indication exists.

Regarding medical management, there is a weak recommendation against initiating antiplatelet therapy because of covert small vessel disease, as it might be harmful in patients older than 70 years. The guideline includes a weak recommendation for initiation of lipid lowering agents, but evidence is of low quality and does not allow defining target lipid levels. In diabetic patients, HbA1c targets of specific guidelines should be pursued, because there is insufficient evidence on the benefit of aiming for lower targets specifically because of small vessel disease. In case of cognitive impairment, there is low quality evidence against the use of conventional anti-dementia drugs, such as cholinesterase inhibitors or memantine, as a means to reduce cognitive decline or dementia. With regards to non-medical options, there is low evidence for a positive effect of physical exercise on mobility and cognition triggering weak recommendation for physical exercise as well as advocating of other healthy lifestyle choices (smoking cessation, healthy diet, weight reduction).

Overall, there is a disillusioning paucity of trials incorporation clinical outcomes such as mobility, dependence, mood outcomes. However, this should be seen as an incentive for a future generation of researchers and specific comments on lack of knowledge and promising studies are presented in the guideline. Nevertheless, there is enough evidence, that due to the markedly increased risk for stroke and death as well as other adverse effects, the incidental finding of cerebral small vessel disease should trigger a thorough assessment and optimization of the vascular risk profile.

Lastly, Martin Dichgans presented the new interface MAGICApp that can be used to access the guidelines, which are structured and tagged in a standardized manner. This allows to easily update the guidelines, as well as to adapt them to national systems. Useful features include decision tools and interfaces to integrate them in electronic medical systems and smartphone based apps, to facilitate dissemination and usability.

Overall, this novel online approach for presentation of guidelines by the authors themselves maximizes transparency and enhances response from the stroke community. Although the Q&A period was common for all guidelines most hot topics could be covered. With increasing subspecialization in the field of stroke medicine, many physicians are glad to dispose of rigorously developed trustworthy clinical guidelines to facilitate decisions in frequent clinical scenarios.