A 34-year-old woman was found unconscious at her work place. No signs of trauma, epileptic seizures, or exposure to chemicals were observed in the initial evaluation by paramedics. She was a non-smoker, suffered from migraine with aura and the only medication frequently used was oral contraceptive pills containing estrogen. Her relatives also reported that she had complained of blurred vision earlier that day and was diagnosed with bronchitis two weeks earlier.

The brain CT and CT-angiogram of intra- and extracranial arteries, performed in the emergency room, were normal. Toxicology and infection screen were negative. She remained normoglycemic, normotensive, and no epileptic seizures emerged. On the neurological examination the patient showed marked fluctuation of consciousness and vertical gaze palsy.

Acute ischemic infarction in the territory of the Percheron artery was confirmed on magnetic resonance imaging, showing bilateral paramedian thalamic infarcts. There were no abnormalities in the magnetic angiography of the neck and brain vessels. No acute treatments were possible due to the unknown time of symptom onset.

During hospitalization, the patient underwent an extensive work-up, including cardiac CT (no thrombus), screening for deep venous thrombosis (normal), and ECG monitoring (no arrhythmias). Furthermore, tests for vasculitis, S-HBsAg S-HBcAb, S-HCVAb, S-HIVAgAb, homocysteine, hypercoagulation and lumbal puncture remained unremarkable. Transcranial Doppler with a contrast showed a large right-to-left shunt (50 microembolic signals) present already at rest. Transesophageal echocardiogram confirmed patent foramen ovale (PFO) as cause of the shunt. No other abnormalities, including atrial septum aneurysm (ASA), were detected. The patient was referred for percutaneous closure PFO. Acetylsalicylic acid was started as a secondary preventive medication and oral contraceptives were stopped.

At 3 months follow-up visit she still reported increased tiredness but was able to return to usual activities and full-time work (modified Rankin Scale 1). During past three-year follow-up she has not presented with new transient ischemic attacks or ischemic strokes and continues working full-time.

Firstly, bilateral paramedian thalamic infarcts, usually caused by occlusion of the artery of Percheron, are a well-known cause for unexplained decreased consciousness.1 However, several other conditions must be considered, including status epilepticus, infections, intoxication, hypo- or hyperglycemia, subarachnoidal haemorrhage, brain trauma or neoplasm, deep venous sinus thrombosis and simulation.

Secondly, extensive and timely diagnostic work-up and evaluation of risk factors are required.2 Still, up to half of the young-onset ischemic strokes remain cryptogenic.3 Migraine with aura and oral contraceptives together carry a 5-17-fold increase in the risk of ischemic stroke.4 Also both chronic and acute infections may increase the risk of acute ischemic stroke.5

Moreover, association between PFO and ischemic stroke is higher in particular for younger patients, large right-to-left shunts, and if also other structural heart abnormalities such as atrial septal aneurysm are present. Recent trials showed that these patients benefit from PFO closure.6

All in all, cryptogenic strokes set a major challenge to patients and stroke physicians as well. Recent trials have shown the benefit of prolonged ECG monitoring and PFO closure, but still further studies are required to determine optimal investigations, chronic risk factors and triggers, secondary prevention, and long-term outcome in this group. 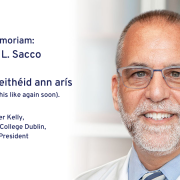 A funny turn or a serious matter?