This week in the TIA clinic, we have an 85 year old gentleman who presented with multiple episodes of transient leg weakness.

He is a retired mechanic who is hypertensive, diabetic with hyperlipidaemia. He is also an ex-smoker and had coronary artery bypass 15 years ago.

He told you that his story goes back several years. In 2004, he presented with transient left-sided weakness and dysarthria lasting for 10 minutes. He was found to have right internal carotid artery stenosis >70% and had carotid endarterectomy. He was left on optimal secondary prevention but presented again in 2010 with the same transient symptoms. Repeated carotid doppler found right internal carotid artery patent.

He now presents with recurrent episodes of transient left leg weakness for 9 months. These episodes happen once a month on average, each lasting for 25 seconds and always happen in the morning after breakfast on his way to or from the shop near his house. He is now on 4 antihypertensive medication, a statin and clopidogrel.

Is there anything else you may want to ask?

It turned out that these episodes always happen 15-30 min after taking anti-hypertensives in the morning.

Does it help? Would you want to request any further investigation?

We performed prolonged cardiac monitoring and transthoracic echocardiography which did not reveal any cardiac aetiology to explain these symptoms. MRI did not show any acute infarct and there was no cerebral microbleed or superficial siderosis. Carotid doppler again showed patent right internal carotid artery but the left internal carotid artery is now 60-69% stenosed.

Wrong side? Have we missed anything?

Yes, we must not forget the intracranial vascular imaging! His MRA showed an anatomical variant with absent right A1 segment of the anterior cerebral artery. The right A2, which is supplied by the left carotid system is severely stenosed.

So, this gentleman presented with recurrent haemodynamic TIAs! We subsequently modified dose and timing of the blood pressure medication, optimised high-dose statin treatment and referred him for carotid stenting. He has had no recurrent symptoms.

Intracranial atherosclerotic stenosis (ICA) is an important cause of stroke and is associated with high risk of recurrence.1 The Stenting and Aggressive Medical Management for Prevention of Recurrent Stroke in Intracranial Stenosis (SAMMPRIS) trial showed that aggressive medical management alone was superior to the combination of angioplasty and stenting plus aggressive medical management in patients with severe ICAS.2 Therefore, although there is currently no evidence favouring direct intervention of the stenosis, it is worth bearing in mind that intracranial vascular imaging is important and has potential implications for optimising the secondary prevention strategy for your patient. 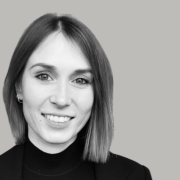