Now after four years we have received much anticipated results from the two largest international randomized phase III trials comparing novel oral anticoagulants (NOACs) with aspirin in patients with a recent ESUS.

Evidence of medical treatment so far?

Results from NAVIGATE ESUS trial (NCT02313909) were first presented in European Stroke Organisation Conference. Gothenburg and published simultaneously in New England Journal of Medicine.2 The trial enrolled 7213 individuals and the baseline characteristics were already presented in March, 2018.3 NAVIGATE ESUS was stopped early, since perhaps quite surprisingly it showed that with a median of 11 months follow-up, rivaroxaban 15 mg was not superior to aspirin 100mg regarding any recurrent stroke or systemic. This was also true for secondary efficacy outcomes, such as any recurrent ischemic stroke alone. In fact, rivaroxaban treatment arm had higher rate of major bleeding and it was discussed that perhaps these patients with ESUS were too heterogeneous after all, harboring several underlying potential embolic sources and having a wide spectrum of risk factor profiles.

In September, the first prespecified subgroup analysis was published in Lancet Neurology, focusing on NAVIGATE ESUS patients with patent foramen ovale.4 It also concluded that there was no difference in the risk of recurrent ischemic stroke between treatment arms with PFO patients. Also the risk of major bleeding was similar compared to overall NAVIGATE ESUS population.

However, results from another subgroup analysis were just recently presented in World Stroke Congress in Montreal. It showed that up to 10% of patient in NAVIGATE ESUS had a left atrial enlargement (diameter larger than 4.6 cm) and that rivaroxaban might reduce the risk of recurrent stroke after ESUS in these patients compared to aspirin alone. This supports the hypothesis of atrial myopathy as a significant source of embolism even in the absence of atrial fibrillation, although results have be interpreted with caution and confirmed in future studies.

In the same congress we heard the first results from RE-SPECT ESUS (NCT02239120), comparing dabigatran 110-150 mg twice daily with aspiring 100mg once daily. With 5390 enrolled patients, it also showed that the rate of recurrent stroke was similar in both treatment arms (4.1% with dabigatran vs 4.8%. Median follow-up was slightly longer than in NAVIGATE ESUS (19 months) and Kaplan Meier curves showed a trend of separation between groups in favor of dabigatran with progressing follow-up. In contrast to NAVIGATE ESUS, the rate of major bleedings was actually similar in both arms and all of the fatal bleeds (three of them) occurred in the aspirin arm. These results have not yet been published in any journal.

Finally, a third ESUS trial (multicenter German ATTICUS, NCT02427126) comparing apixaban 5mg twice daily with aspirin 100mg is still enrolling patients and the target of 500 participants should be completed in December 2019. It will be interesting to hear if patients in apixaban have better outcomes, regarding both recurrent stroke and major bleedings. 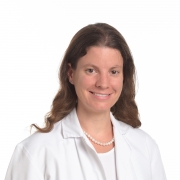 Prominent Members Under 45: Interview with Francesca Romana PezzellaESO Blog and YSPR corner 2018: A year of Lessons and Progress
Scroll to top