Minor stroke: a misnomer in the case of a large artery occlusion

Large artery occlusion in patients with acute minor stroke is a well-established predictor of early deterioration and disability. However, as randomised controlled trials on mechanical thrombectomy exclude patients with NIH Stroke Scale (NIHSS) score less than 6, there is no clear evidence on the benefit and safety of endovascular recanalisation in patients with acute minor stroke due to large artery occlusion. Therefore, these patients pose a major challenge in acute clinical decision making.

In this paper published in the European Stroke Journal, Mazya and colleagues aimed to determine the frequency of early deterioration in relation to artery occlusion sites, of patients with acute minor stroke treated with intravenous thrombolysis (IVT).

The authors used data from the SITS International Stroke Thrombolysis Register (SITS-ISTR), a prospective and multinational register for centres using thrombolysis. Patients treated with IVT were included if they had a baseline NIHSS score of 0 to 5 and a CT or MR angiography (CTA/MRA) performed at baseline. Patients receiving any endovascular treatment were excluded. The outcome variables were the non-haemorrhagic early neurological deterioration, defined as an increase in NIHSS score ≥ 4 at 24 h after IVT, with no parenchymal hematoma; and the modified Rankin Scale (mRS) at 3 months of follow-up.

2553 patients met the inclusion criteria, which accounts for 21% of all patients treated with IVT for acute ischemic stroke during the study period (Dec/2012- Apr/2016). 25% (n = 635) of the acute minor stroke patients had a large artery occlusion on a baseline imaging, making it a relatively common clinical presentation.

Based on clinical data and etiological stroke classification, two main mechanisms for non-haemorrhagic early neurological deterioration in patients with baseline arterial occlusion were proposed, namely, collateral circulation failure and/or progressive thrombosis. The latter is further supported by the somewhat higher proportion of large artery atherosclerosis as cause of stroke among non-haemorrhagic early neurological deterioration patients (56% versus 42.5%, trending towards significance, p = 0.066).

There is currently no established therapy to maintain collateral flow and no evidence for benefit of very early (within hours following IVT) antithrombotic therapy for progressive thrombosis. Thus, in patients at the highest risk of non-haemorrhagic early neurological deterioration, despite low baseline NIHSS scores, it may be reasonable to consider acute treatment with endovascular thrombectomy and/or cervical ICA recanalization, as already suggested by the current consensus statement on treatment “Karolinska Stroke Update”, issued by the European Stroke Organisation and endorsed by several European professional societies.

To identify these potentially treatable cases, acute vessel imaging should preferably be performed routinely in all patients with acute ischaemic stroke regardless of symptom severity. Supporting this argument, Mazya and colleagues could demonstrate the importance of the acute vessel imaging in IVT-treated minor stroke patients: early neurologic deterioration occurred in 53/587 (9.0%) of those with any arterial occlusion compared to 55/1749 (3.1%) of those with no occlusion, with statistical significance (p < 0.001). Based on these numbers, baseline imaging had a 9% positive predictive value and a 97% negative predictive value for non-haemorrhagic early neurological deterioration. Hence, it contributes usefully to identify and consider acute endovascular treatment for those who may be at high risk of potentially preventable deterioration.

The evidence that patients who suffer non-haemorrhagic-related deterioration leads to outcomes as poor, or worse, as in IVT-treated severe stroke, should prompt a randomised controlled trial of primary versus deterioration-driven thrombectomy versus best medical management including thrombolysis in patients with minor stroke.

The original article “Minor stroke due to large artery occlusion. When is intravenous thrombolysis not enough? Results from the SITS International Stroke Thrombolysis Register” is available in the Online First section of the European Stroke Journal. 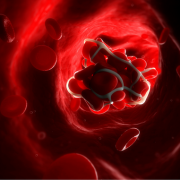 Failure is a Part of Success

What is effect modification and why should we look for it in stroke researc...ESO at SAFE Working Conference and General Assembly
Scroll to top