The shiny new toy in stroke research is without a doubt endovascular therapy. However, neurovascular disease is more than large vessel stroke and lacunar stroke also accounts for 25% of all ischemic strokes. Moreover, lacunar stroke is only one manifestation of a larger disease spectrum – cerebral small vessel disease (cSVD), which causes also haemorrhagic stroke, vascular cognitive impairment/dementia, mood and behavioural disorders, gait and balance impairment and general functional disability,1-2 resulting in a large burden on public health.

Unfortunately, the pathogenesis of cSVD is largely unknown and ways to slow down the progression of cSVD are still lacking. As these small perforating vessels are difficult to visualize in vivo, most research focuses on using cSVD-related brain parenchyma lesions which are visible on MRI as surrogate markers to study the presence, severity and progression of cSVD. These commonly used markers include recent small subcortical infarcts (lacunar infarcts), white matter hyperintensities (WMH), lacunes, perivascular spaces, cerebral microbleeds and brain atrophy.3

It has been commonly assumed that markers of cSVD would always progress over time. Whilst it is true that WMH volume, lacunes and cerebral microbleeds increase over time and the predictors of progression include high cSVD-lesion load at baseline and presence of vascular risk factors, such as hypertension and current smoking,4 the dynamics of cSVD seems to be more complex than we thought. Here are some examples of dynamic changes of different directions – i.e. apparent regression.

For ischaemic lacunar stroke, cavitation is not the only fate. Some symptomatic lacunar infarcts also disappear.4,5 Although it may be that the brain tissue healed without the formation of a lacune (which implies “real” regression of cSVD), it seems more likely that these lacunar infarcts have progressed into small collapsed lacunes that are indiscernible at conventional MRI. 5

Another example is the regression of WMH during long-term follow-up.4 It could be that regression of WMH is accompanied by atrophy of white matter tracts, which reflects the neurodegerative aspect of cSVD. This latter could mean that reduction of cSVD-related markers can lead to worse clinical outcome4. On the other hand, one study showed that a decrease of WMH was associated with blood pressure reduction and fewer recurrent cerebrovascular events, suggesting that reduction of WMH volume might also reflect a reversible component and better vascular risk factor management could potentially limit or even prevent progressive cSVD-related brain damage.6

In conclusion, cSVD is not an innocent, “silent” disease, but should be seen as a progressive neurological disorder with a highly dynamic, accumulating, and neurodegenerative nature. However, we should not overlook regression of cSVD features, and further research should focus on the temporal dynamics of cSVD, as it this might give further clues for the development of specific treatment and prevention options in the future.

The ESO Young Stroke Physicians and Researchers Committee want to understand stroke training in Europe: can you help us? 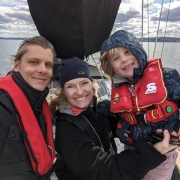 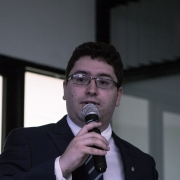 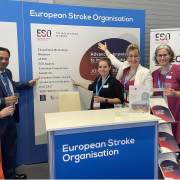 Romania : What we have achievedCommittee Corner: Simulation Education Committee
Scroll to top