By: Barbara Casolla, Karin Klijn and Else Charlotte Sandset

This morning, the ICH session at Garmisch Stroke Science Workshop was co-chaired by Else Charlotte Sandset, from Oslo University Hospital, Norway and Karin Kljin, from the Radboud University Medical Center, the Netherlands.

The first keynote lecture by Adrian Perry-Jones, from Manchester University, UK, presented a comprehensive overview on medical treatment targets after ICH: this is an important challenge for the upcoming years. Indeed, according to the 2019 Global burden of diseases study, ICH still accounts for 28% of incident strokes, it leads to almost as many deaths and to more disability than ischaemic stroke. What are the current targets for treating these patients in the hyperacute phase? First, hematoma expansion: reverse anticoagulant drugs and lower blood pressure. The therapeutic time window we face is tight in ICH, limiting the amplitude of clinical benefit of these interventions: acting fast and personalizing the supportive care are crucial for improving outcomes. Second, delayed injury: inflammation, immune response, and brain oedema are key players in the secondary injury cascade. Good news: clinical phase II studies are ongoing for testing the effect of molecules that could intervene in this secondary injury cascade.

Moving on, Ronald E Veltkamp from Alfried Krupp Krankenhaus, Essen, Germany, presented the shift in the secondary prevention paradigm after ICH and David Werring from UCL, UK, discussed the role of neuroimaging biomarkers in the context of antithrombotics associated intracranial hemorrhage. There is mounting evidence of the high cerebral and extra-cerebral ischemic risk in patients who have had an ICH, raising the question about the risk/benefit balance of antithrombotics in secondary prevention. For ICH survivors who have atrial fibrillation, two RCTs were published this year, So-START and APACHE-AF, and research is going further. Ongoing trials and a planned individual patient metanalysis, initiated by the COCROACH collaboration, will provide further evidence on the antithrombotic strategy in these patients at high vascular risk, so join the trials and randomize! 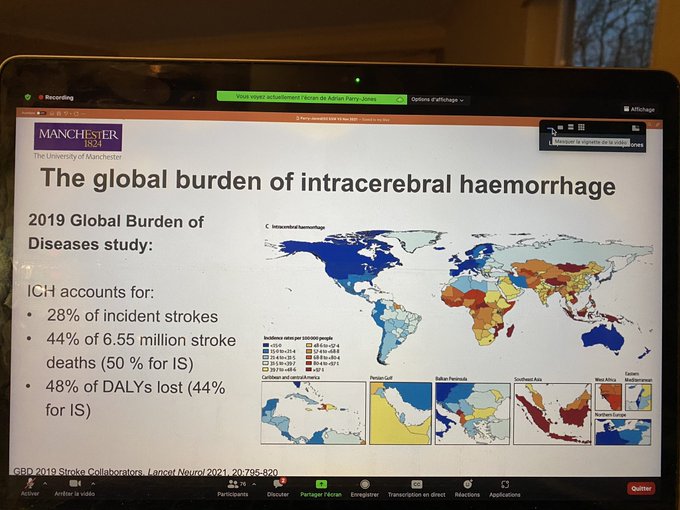 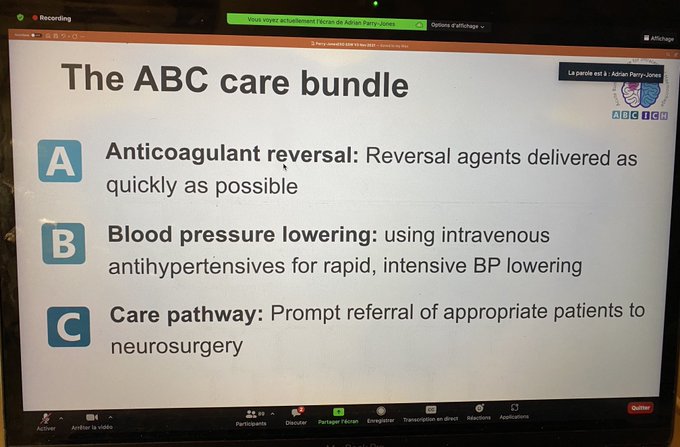 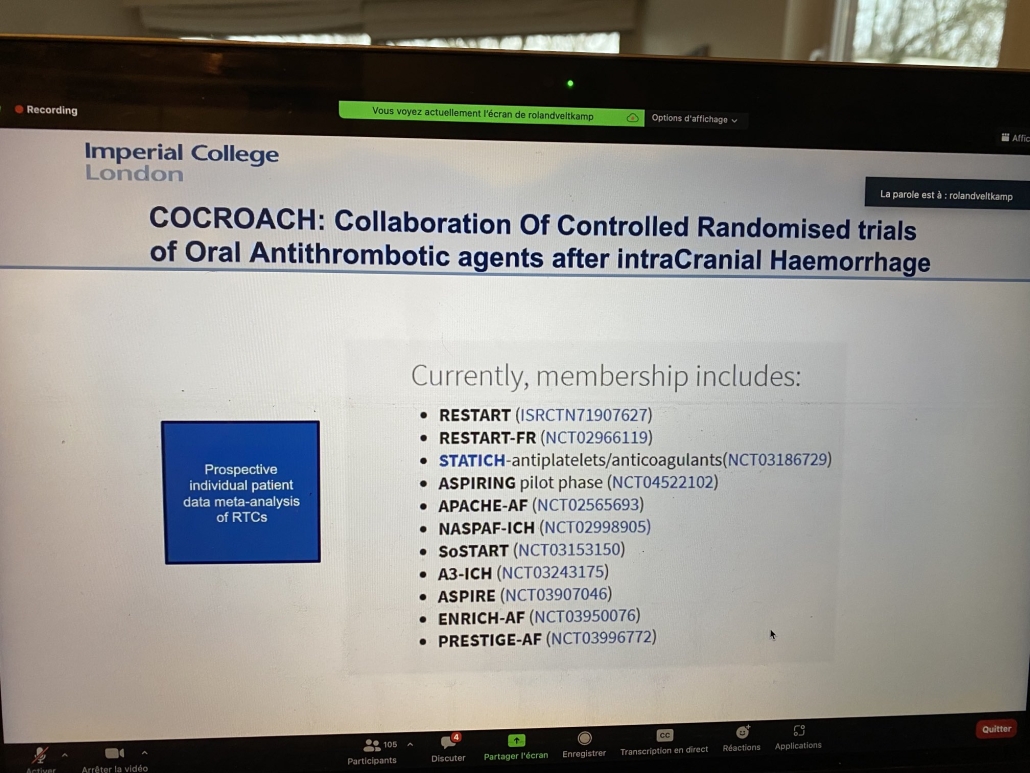 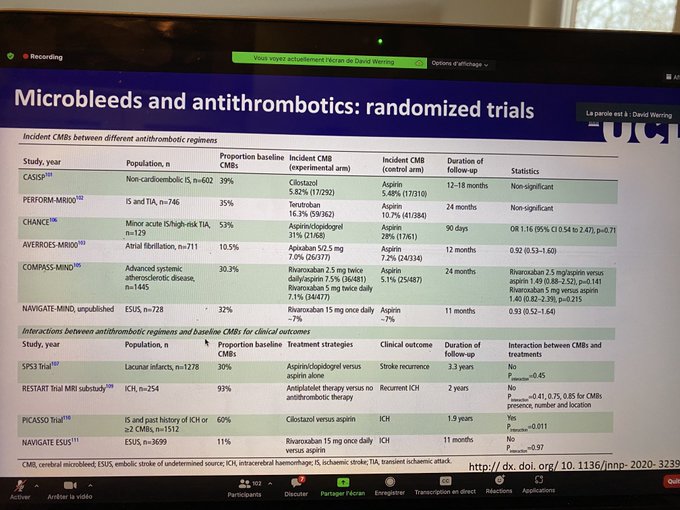 Our knowledge of small vessel diseases as an ICH etiology and radiological markers thereof has improved, but ICH is still difficult to predict. Indeed, in ischemic stroke or TIA populations, haemorrhagic markers such as cerebral microbleeds, increase the risk of both ischemic stroke and ICH. In addition, there are non-haemorrhagic radiological markers which may predict bleeding risk. In this complex scenario, improving risk score performances with the inclusion of brain biomarkers of small vessel disease is in the pipeline for stratifying the ischaemic/haemorrhagic risk at the individual level, which may eventually guide clinicians in optimizing secondary prevention.

The last talk of the session was Jurgen Beck from Freiburg University, Germany: he provided an overview of previous trials addressing surgical treatment in acute ICH. There is increasing evidence that the timing of the treatment may be important as well as a minimally invasive approach, not only in accessing the haematoma, but for the entire operation, during which the brain should be handled in a prudent way. Multiple new randomized clinical trials are ongoing in this field.

We thank the speakers, the chairs and the organizers for this stimulating session and the lively discussion.