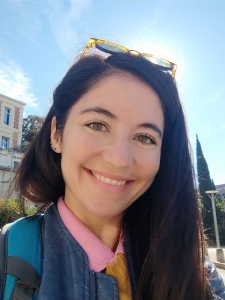 This year’s ESOC was for me the definition of “returning to previous normality”, almost feeling like finally awakening from a bad dream and leaving the COVID-19 pandemic behind. What a refreshing experience to meet up with friends and colleagues in the welcoming city of Lyon!

I was like a kid in a candy store, strolling around from poster to poster during the first day of the ESOC 2022 and enjoying the opportunity to discuss live with as much presenters as I could. Several posters absorbed my attention.

At the IMAGING station, an interesting analysis using multimodal hemodynamic imaging was presented by Dr. Massimo Barbagallo et al. from Switzerland. In his poster named REPERFUSION FAILURE AFTER SUCCESSFUL THROMBECTOMY OF LARGE VESSEL OCCLUSION (LVO) STROKE: CLINICAL AND IMAGING EVIDENCE, substantial heterogeneity in perfusion and cerebral blood flow was presented among patients achieving complete recanalization post endovascular treatment for acute ischemic stroke.    Among the 14 patients evaluated with perfusion imaging, 9 patients had either hypoperfusion or hyperperfusion, which both could be associated with a less beneficial outcome and provide some further elucidation in the meaning of futile recanalization.

Sex differences was a significant concern in this year’s conference. In the HEMORRHAGE AND THROMBOSIS SECTION, Dr. Carlo Cereda et al. with the poster SEX DIFFERENCES IN INTRAVENOUS THROMBOLYSIS OUTCOMES IN ACUTE ISCHEMIC STROKE PATIENTS WITH PREADMISSION USE OF ANTIPLATELET AGENTS A POPULATION-BASED STUDY IN THE SWISS STROKE REGISTRY underscored the sex differences (favoring the men) in 3-month functional outcomes following IVT in patients pretreated with antiplatelets, despite the fact that there no safety inequalities.

At PROGNOSIS AND OUTCOMES station, Dr. Kiran Gopisingh et al. from Amsterdam, presenting the poster SEX DIFFERENCES IN TREATMENT TIMES AND OUTCOME OF ACUTE ISCHEMIC STROKE confirmed the worse functional status at 3 months of women compared to men, despite that acute reperfusion treatment was administered equally and in a timely manner in both sexes.

Finally, an interesting systematic review and meta-analysis was presented by Dr. Thanh Phan et al. from Australia in the poster PREVALENCE OF FABRY DISEASE IN STROKE PATIENTS: META-ANALYSIS at the station RISK FACTORS, PREVENTION AND SERVICE ORGANISATION. Through meta-analysis of available data derived from 31 studies, the prevalence of Fabry disease among stroke patients was calculated at 51 per 100,000 patients, which further increased (at 477 per 100,000) when mutations of yet unknown significance were included.

Enjoy the rest of the conference and spare some time to walk through the E-poster Gallery; either live or virtually. Either way, I am sure it will come up to your expectations! 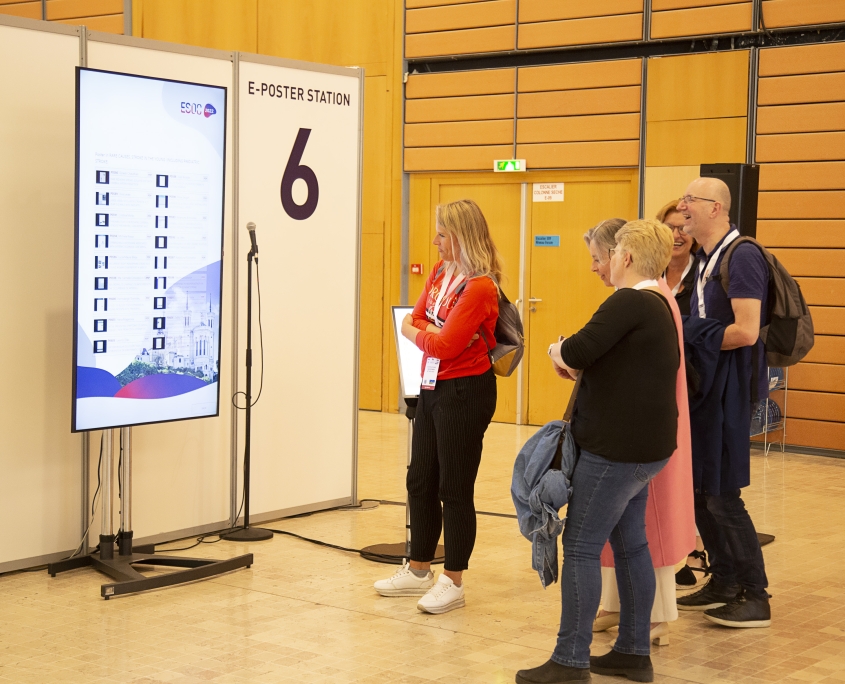