The final day of the 4th annual European Stroke Organisation Conference (ESOC) featured new research which identified how to improve stroke care worldwide – from simple measures in low to middle income countries, through to refinement of advanced techniques for acute and preventative stroke treatments.

INTERSTROKE: Practice patterns and outcomes after stroke across countries at different economic levels

The Interstroke study reported the pattern and effects of variations in clinical practice and access to services of 12,342 patients from 108 hospitals in 28 countries between 2007 and 2015 across a range of low-, middle- and high-income countries.

Patients in low-income and middle-income countries more frequently had severe strokes and had poorer access to clinical services. However, in all countries, access to a stroke unit and use of antiplatelet medications was associated with better access to high quality clinical care and improved survival without major disability.

The Interstroke study demonstrates that there remains a large variation in the quality of stroke care across the world, but that opportunities exist to improve clinical outcomes through the implementation of changes to the mode of delivery of stroke care.

The Gore-REDUCE study, originally presented at ESOC 2017, demonstrated a significant reduction in all recurrent strokes in 664 patients randomised to closure of a patent foramen ovale (PFO) versus best medical treatment within 180 days of a cryptogenic stroke.

The results of the detailed assessment of recurrent ischaemic events were reported today. The majority of recurrent strokes were still cryptogenic in both the treatment arm and control patients, with a similar reduction in recurrent cryptogenic stroke rate in the treatment arm compared to best medical management. Importantly, there was a significant reduction in potentially disabling recurrent strokes in the closure arm compared to the best medical management arm (0 vs 4 strokes, p=0.004).

The Gore-REDUCE study demonstrates that not only does closure of a PFO in selected patients with cryptogenic ischaemic stroke reduce all recurrent strokes, but that there is a significant reduction in potentially disabling recurrent strokes.

In this study, 69 patients with a tracheostomy after stroke and persisting dysphagia were randomised to receive three days of electrical stimulation to the pharynx compared to a sham procedure.  The trial was stopped early for efficacy as more patients undergoing electrical stimulation were ready for early removal of the tracheostomy tube (48.6%) than patients in the control arm (8.8%), p=0.0008. Treatment responders were discharged significantly earlier than non-responders.

This study shows that for the relatively few patients requiring a tracheostomy after stroke, pharyngeal electrical stimulation shortened the time until removal of their tracheostomy.

ESO releases guidelines to guide our management of all phases of stroke care in Europe.

For more information or to schedule interviews, please contact a member of the team: 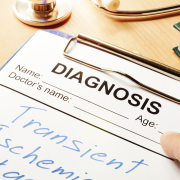 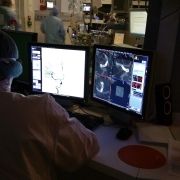