In late February, around twenty stroke clinicians met in “Athens of the North” to define and pursue some important questions in stroke research. Armed with ballpoinz-pens, paper and strong Scottish coffee, we then embarked on a three-day epidemiological journey to a final grant application and oral presentation.

I arrived in St. Trinnean’s room at the University of Edinburgh very excited to meet some of the top researchers in stroke, and to discuss questions that had been simmering in my mind for weeks.

It turned out that 22 clinicians from 12 different countries were invited. I presented a rather vague question (something about early anti-coagulation after ischemic stroke). This was followed by lectures on asking important research questions (via PICO – population, intervention, comparison/control and outcome), common mistakes to avoid in observational and interventional research (note to self: don’t waste time doing something that has been done already).

During these lectures two things became obvious: A. I would need to start with observational rather than interventional research if I was to finish before going bald. B. Ongoing trials were investigating the exact same topic I wanted to pursue, so decided to change my topic. I left the first day feeling challenged but also slightly worried about the project I initially had envisioned.

Having changed my research topic overnight it was time to see if it was able to pass the “professor test”. We assembled in groups to discuss the various phases of making research (ethics approval, protocol writing etc.) in relation to our own ideas. I had now decided on investigating whether platelet function tests were useful in secondary stroke prophylaxis. I quickly realized, however, that I would need a trial of many thousands  of patients and spend a vast amount of time and money on data collection. It seemed like an incredibly interesting project, but completely unfeasible. The solution: a retrospective case-control design. During the afternoon I considered this while talks about systematic reviews and meta-analysis were being held. Having mixed feelings about my project (and my future in stroke research), I joined the course dinner. Prof. Sandercock (no introduction needed) listened to my research idea. He didn’t like it much, but he had a better idea: Why not stop anti-platelets after 5 years in TIA patients and see if there’s a net benefit? The thought amazed and provoked me. I had never thought one could do research like that.

We were on to the final day of the course. It was time to hand in our research grant proposals and the final oral presentation. I had revised my project idea several times late into the night, but I stuck to my original idea with the platelet function tests. Still, Prof. Sandercock’s research idea had become firmly lodged in my mind. “Could you really do something like that?”, I wondered.

We all praised each other’s ideas and presentations. Everyone was being incredibly generous – even towards my half-baked proposal. In the end, I concluded that my project was doomed. It was simply not going to happen – the cost of the platelet function tests alone would be enormous. A little disappointed, I listened to the final talks about a future in research. At this point, I realized something important: a good stroke research question should be novel and clinically relevant, but, first and foremost, feasible.

I would like to congratulate Dr Whiteley and his team for this tight-knit and thought provoking course which I would highly recommend to all stroke clinicians with an idea of their own.

Illicit Drug Use and the Risk of Stroke 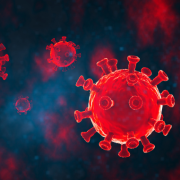 Stroke care during the COVID-19 pandemic: Running a marathon with hurdles

Systematic reviews and meta-analyses – Advantages and pitfalls of summarized...These times they are a-changing – goodbye time window for reperfusion?
Scroll to top