ASK the EXPERT(s):  Large middle cerebral artery infarct – how are the survivors doing?

In this issue of ASK the EXPERT(s), we interviewed Dr Barbara Casolla and Professor Charlotte Cordonnier from Department of Neurology, University of Lille, France, about their recent work published in the Journal of Neurology, Neurosurgery & Psychiatry. 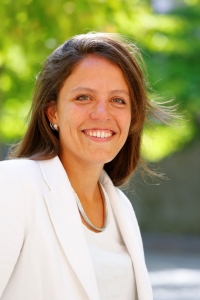 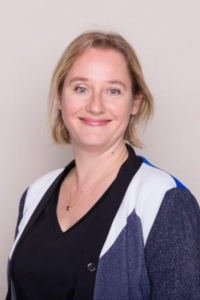 Barbara: Large middle cerebral artery (MCA) infarcts represent 1-10% of supra-tentorial ischemic strokes, they are defined by the involvement of 2/3 of the MCA territory on brain CT or by an infarct volume on diffusion-weighted images (DWI) of at least 145 cm3. Indeed, bigger the infarct volume, higher the likelihood of occupying-space oedema, intracranial hypertension and cerebral herniation (the so called “malignant” evolution). When the volume is more than 145 cc on DWI, massive cerebral oedema occurs in 80% of patients and generally manifests itself between the 2nd and the 5th day after stroke onset. Without decompressive hemicraniectomy (DH) this is a devastating disease with a mortality rate close to 70-80%. Unfortunately, mainly due to high mortality rates, available data on long-term prognosis in the literature are scarce.

Barbara: Medical treatments, such as osmotherapy or corticosteroids, are not effective in reducing mortality in this condition. Three European randomized controlled trials and their meta-analysis have shown that DH reduces mortality from 70% to 22%, without increasing the proportion of patients with severe functional disabilities, defined by a score of 5 at modified Rankin Scale (mRS). Moreover, randomised controlled and real-life data showed that, 1 year after stroke, almost 50% of patients treated with DH will have a mRS ≤ 3. This is an important take home message for neurologists, intensivists and for rehabilitation physicians: among survivors, considering the clinical severity of this condition, there is a relatively high proportion of patients who will have a good or – let’s say – an acceptable outcome on the long term.

Barbara: This was a prospective, monocentric, observational study performed at Lille University hospital. We included consecutive patients aged 18–60 years until 2014, and without upper age limit after the publication of the Decompressive Surgery for the Treatment of Malignant Infarction of the Middle Cerebral Artery (DESTINY) II trial. We included all consecutive patients eligible for DH, according to the current indications: patients with a National Institutes of Health Stroke Scale (NIHSS) score of 15 or more, within 48 hours from stroke onset and presenting with an infarct volume larger than 145 cm3 on DWI (or involving 2/3 of MCA territory on CT scan). We excluded patients with signs of irreversible brainstem dysfunction or serious comorbidities associated with a life expectancy of less than a few years for reasons unrelated to the acute stroke. The aim of this study was to identify clinical and radiological predictors of mortality at 30 days and predictors of functional prognosis at 1 year in stroke survivors.

Barbara: Among 212 patients included (133 men, 63%; median age 51 years), 35 (16.5%) died at 30 days. We found that independent predictors of early mortality differed from predictors of functional disability at 1 year in patients with large MCA infarcts treated by DH. Indeed, the main predictors of early mortality seem to be related to the characteristics of the stroke itself, including the infarct volume before DH (with an optimal predictive cut off volume for 30-day mortality of 210 cm3) and the presence of midline shift 24 hours after surgery. One year after DH, among the 177 survivors, 99 (56%) had a mRS ≤ 3. Predictors of long-term functional disability among survivors were related to baseline characteristics of the patient, in particular older age and heavy alcohol intake. Our results suggest that stroke specialists should look beyond the infarct volume alone in the decision algorithm towards DH.

Barbara: It is very important to differentiate early and long term-prognosis, because clinical-radiological determinants are different. Moreover, this is an extremely severe condition, often occurring in young patients. Definition of “good” and “poor” outcome is indeed difficult and ethical considerations may be argued, for instance, for mRS 4 as a “good” or “poor” long-term functional outcome. I would say that before building up a score, we probably need more data on other outcome measures, such as quality of life, fatigue, depression and epilepsy, in order to better define the most appropriate outcome measures and the optimal time-points we should use for evaluation.

Professor Cordonnier : Thank you Linxin for this interesting question. As we showed in our work, beyond the severity of the stroke itself, that has an impact mainly on short term mortality, pre-stroke comorbidities are determinants of 1-year functional outcome among 30-day survivors. We found that age and heavy alcohol intake independently predicted poor outcome, defined as a mRS 4-6 at 1 year, and we found the same trend for arterial hypertension. We speculated that vascular risk factors are likely to be responsible for reduced functional reserve by multifactorial mechanisms. Unfortunately, besides risk factors management, all those factors are not modifiable when the patient is admitted. However, those last few years have brought hope in this landscape: being able to reperfuse very early on those patients with large vessel occlusion, have started to decrease the number of patients in needs for DH. So, more mechanical thrombectomy will probably drive to less LMCA.

Professor Cordonnier : DESTINY II trial published in 2014 showed that DH improved survival without severe disability also in patients older than 61 years, but the majority of survivors in the trial required assistance for most bodily needs. In our study 27/212 (13%) patients were older than 60 years and we found that increasing age predicted functional disability at 1 year. However, the limited number of patients older than 61 did not allow any further analysis on this subgroup of patients. We can hypothesise that comorbidities increase steeply the risk of functional disability in patients over 60 years but data on this population remain scarce. Identifying specific predictors of functional disability among elderly patients could definitely help selecting the best candidates for DH indication, but this important mission needs a common effort in order to pool data from different centres.