Is 24h NIHSS a reasonable outcome in MT trials?

In our ASK the EXPERTS session, we interviewed Dr. Lukas Meyer and PD Dr. Uta Hanning about their recent publication in JNNP. 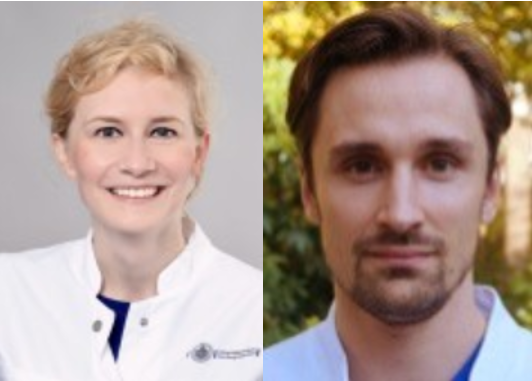 What was the motivation to conduct the analysis?

Lukas: The motivation to investigate early neurological predictors for long-term outcome after thrombectomy was threefold: 1) the confusing variety of existing definitions to describe “(substantial/major/dramatic) early neurological recovery/improvement (ENI)” as absolute, relative or binary parameters in the literature that mainly derive from early thrombolysis studies and it seemed that there is sometimes a mix-up of the intention to compare treatment effects and predict outcomes, 2) to compare the existing definitions and analyze how they perform in a representative large real-world thrombectomy registry to predict long-term outcomes, 3) to pinpoint potential individual and procedural variables that may impact patients outcome despite signs of early recovery.

Several measures of early neurological outcome were compared to 3-month functional outcome in MT patients. What correlated best with functional independence at day 90?

Lucas: We compared both existing binary definitions of ENI and analyzed the discriminative ability of NIHSS scores at various timepoints to predict long-term outcome. The most common existing binary definitions of ENI (e.g. improvement of ≥8 NIHSS points to baseline or reaching 1/0) correlate well with long-term functional independency but their predictive value is not the best since the odds to reach a favorable outcome of a patient e.g. with an initial NIHSS of 20 that improves to 12 and a patient with an initial NIHSS 10 that improves to 2 are naturally very different. Recently, studies suggested to use the relative percentage improvement from baseline NIHSS score to postinterventional timepoints, however, this early outcome measure tends to comparatively overrepresent improvements in lower baseline NIHSS scores. Interestingly, we observed that simply the NIHSS at 24h had the best discriminative ability to predict long-term favorable and excellent functional outcome with a cutoff at 8 NIHSS points for highest sensitivity and specificity.

How did you handle missing data?

Lukas: Missing data is often present in real world registry data and may become a problem. In our analysis we were not so dependent on this potential problem since the sample size was large and the analysis was based on very basal variables that have fewer missing data than others. Furthermore, we stratified the analysis across different levels of stroke severity to find potential subgroups with higher numbers of missing data and validate the robustness of the prediction.

Advanced age significantly decreased the predictive value of 24h NIHSS regarding functional outcome. What are potential implications of this finding for clinical trial design?

Lucas: It is well-investigated that advanced age decreases the chances of reaching a favorable outcome after stroke thrombectomy due to complications during hospitalization and rehabilitation (e.g. hospital acquired pneumonia). Logically, age as a patient individual and non-influenceable variable impacts substantially the long-term outcome prediction. Accordingly, we observed a stepwise decline of the positive predictive value of the NIHSS 24h cutoff with only 33% in nonagenarians. In terms of clinical trial designs, most studies consider these possible effects and stratify their analysis by baseline variables including different subgroups of age. However, this fact highlights also a possible strength of early outcome measures, such as the NIHSS 24h, since positive treatment effects are not as heavily comprised by potential factors that are not directly linked to the intervention. Therefore, it is always interesting to have the additional information of early outcome measures to interpret study results.

Multiple studies did comparable analyses for intravenous thrombolysis trial data. How do mechanical thrombectomy patients possibly differ from these cohorts and what are the implications for a possible correlation of 24h NIHSS and mRS?

Uta: Most definitions of ENI derive from past thrombolysis studies based on discriminating best between treatment effects of the alteplase and control group. However, these studies were conducted in times were endovascular treatment was not available as today. Since the current clinical evidence endorses endovascular treatment for stroke patients with large-vessel occlusions including mild strokes with NIHSS scores ≥6, thrombectomy cohorts represent a wider range of stroke severities with generally higher admission NIHSS scores compared to thrombolysis studies. Thus, the “thrombolysis ENI definitions” may be associated with long-term outcome but do not perform best in outcome prediction for thrombectomy cohorts that may lead to over- or underestimation of early treatment effects and their impact on the clinical recovery.

Several observational studies and planned trials focus on MT in more distal occlusions. What is your opinion on what should constitute the optimal clinical endpoint? Specifically, would you favor 24h NIHSS over mRS at 90 days for the primary outcome?

Uta: Distal occlusions have been declared the possible next frontier in endovascular stroke treatment and it’s only a matter of time until a randomized trial will be up and running. The randomized data will be very important to define clinical and functional endpoints for distal occlusions. Currently, we don’t have any benchmarks and the common binary endpoints, like mRS 0-2 or 0-1, for large-vessel occlusions seem not be appropriate to capture and compare fully treatment effects. Since these upcoming trials carry a high risk for a neutral study result, investigators will have to thoroughly discuss and agree on treatment goals and endpoints possibly stratified by vessel territories and its eloquence. At least for the anterior circulation the NIHSS provides more information than the mRS that is mainly based on motor deficits and therefore, it could serve as a possible endpoint maybe with an additional functional breakdown (e.g. vision, motor, sensory, language/neglect etc.) and evaluation in accordance to the vascular territory.

What are your next steps in this field of research?

Lukas: We are currently planning on conducting a similar study for the posterior circulation. Knowingly, the NIHSS is highly weighted towards symptoms of anterior circulation stroke and does not represent the full spectrum of symptoms related to posterior circulation. Consequently, there might be a systematic inadequate treatment approach or even an exclusion of patients that could possibly benefit with low NIHSS scores. Thus, it would be interesting to know more about impacting factors for these occlusion site, especially, in terms of treatment selection and outcome prediction.

Stroke prevention – we can do better!
Scroll to top