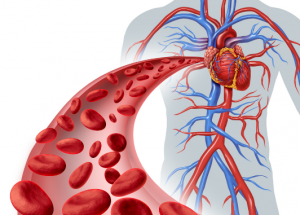 The first description of antiphospholipid syndrome (APS) is dated to 1983 following the discovery of lupus anticoagulant immunoglobulin and its relation to autoimmune disorders.1 APS represents an autoimmune condition characterized by a wide range of clinical manifestations. Besides various multi-organ and pregnancy complications, the APS also known as Hughes or sticky blood syndrome often leads to systemic thromboembolism, mainly deep venous thrombosis, and stroke.2

APS is accompanied by the presence of antiphospholipid antibodies (aPL), primarily lupus anticoagulant (LA), anticardiolipin antibodies (aCL), and anti-beta(2)-glycoprotein I (aB2GPI). The circulating antibodies induce endothelial dysfunction and interfere with the coagulation pathways by competing with coagulation factors. This leads to a procoagulant state, clot formation, and recurrent thromboembolic events. The pathophysiology is probably based on a “two-hit hypothesis” where the first hit represents the asymptomatic presence of aPL antibodies occurring in approx. 1-5% of the population. The second hit represents a stress condition (pregnancy, infection, etc.) triggering the pathologic state itself.2, 3

APS has up to five times higher prevalence among women. Symptom onset is usually between 30-40 years of age. APS-related stroke represents up to 20% of stroke events in patients under 45 years of age. In older patients, APS is less common, however, it is more prevalent in males, and stroke as a complication is more common.4, 5 APS-related nonbacterial thrombotic endocarditis (NBTE) may explain the embolic stroke mechanism. Platelet activation and endothelial dysfunction may lead to a hypercoagulable state in the affected vessel, thus local thrombosis.6

In conclusion, a considerable part of young stroke cases is due to APS. This fact makes the APS an important etiology to consider in the diagnostic work-up, mainly in patients under 45 years of age. With increasing stroke prevalence worldwide, further research is therefore necessary to reduce permanent disability in the young stroke population.

ESOC is Europe’s leading forum for advances in research and clinical care of patients with cerebrovascular diseases. ESOC 2023 will live up to its expectation, and present to you a packed, high quality scientific programme including major clinical trials, state-of-the-art seminars, educational workshops, scientific communications of the latest research, and debates about current controversies. ESOC 2023 preliminary programme is now available, and registration and abstract submission will open on 2 November 2022. Learn more here. 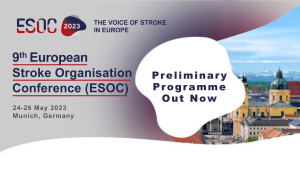