Most people are well aware of the vast importance of behavioral factors and a proper control of vascular risk factors for the prevention of stroke and other cardiovascular diseases. However, this does not always translate to health habits such as stopping smoking or following a healthy diet. At the same time, we have been living in dirty environments without realizing that environmental factors, mainly air pollution, are responsible for one-third of the burden of stroke.1 In the last few years, large-scale studies have shown the toxic effects of fine particulate matter (especially those with a diameter smaller than 2.5 micrometers: PM2.5) and nitrogen dioxide coming mainly from diesel engines. PM2.5 and nitrogen dioxide differ from carbon dioxide as they are cleared and do not stay in the atmosphere for long, but they are produced in larger quantities and are more toxic.

The brain is particularly sensitive to air pollution, and stroke is one of its most significant complications. Increases in the concentrations of carbon monoxide, sulfur dioxide, nitrogen dioxide and especially PM2.5 increase the risk of having a stroke and particularly cardioembolic stroke.2,3 Ambient PM2.5 is also a definite risk factor for stroke on the long-term.4 Interestingly, a recent study suggested that the association of PM2.5 and stroke may be reduced by a diet rich in fruit and vegetables, but increased with greater outdoor physical activity. The latter probably due to increased breathing rates and intensity during exercise resulting in greater exposure to air pollutants.5

Overall, outdoor air pollution, mostly PM2.5, leads to over 3 million premature deaths per year worldwide, predominantly in Asia.6 But, as one could expect, in a globalized world the deleterious effects of pollution are not local. It is estimated that 12% of the 3.45 million yearly premature deaths related to PM2.5 pollution worldwide, are related to air pollutants emitted in another region of the world, but even more (22%) are associated with goods produced in one region for consumption in another. For example, PM2.5 generated in China is linked to 3,100 premature deaths in western Europe and the USA, but at the same time, there as much as 108,600 premature deaths in China linked to consumption in western Europe and the USA.7

The solution to this massive worldwide health problem will require public and environmental health policies to reduce air pollution from industrial activity, agriculture, and transportation. But, apart from choosing our political leaders wisely, what else can we do at an individual level to reduce the burden of stroke and premature mortality? Increasing the consumption of local products, making the change from thermic engines to electric vehicles, using more public transportation, and even greener solutions such as cycling, seem to be good ideas. 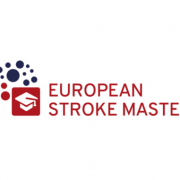 Should I Stay or Should I Go? Large Vessel Occlusion Stroke

A patient with traumatic head injury: Cause or consequence?

NHS Decision to Commission Mechanical Thrombectomy for StrokeESJ Comment: Mortality After Young Stroke: Can we predict it from the simple...
Scroll to top