This week in the TIA clinic we have a patient that we have met before, Mr C, an 85-year-old gentleman, who presented with multiple transient episodes of left leg weakness.

He said he has been having recurrent episodes of transient left leg weakness monthly for 9 months. These episodes always happen in the morning after breakfast on his way to the shop near his house. Each episode would usually last for 30 seconds. He has never fallen but would need to lean against the wall or sit down. There has been no arm or face involvement. Neither his speech nor vision has been affected.  He also doesn’t complain of any pain.

Any further history you would like to ask? What is special about breakfast?

On further questioning, Mr C mentioned that he normally takes his medication after breakfast, and these episodes would happen 15-30 minutes after taking his four antihypertensive medications in the morning!

He went on to have MRI brain which didn’t show any acute stroke. There was no cerebral microbleed or cerebral superficial siderosis.  Carotid Doppler showed 60-69% stenosis of the left internal carotid artery (ICA) but no significant stenosis on the right.

Large artery disease? But this is the wrong side! Is there anything else you might want to do?

Yes, you might recall that we said intracranial vascular imaging is important even at older ages and we performed MR angiogram which showed that Mr C has an anatomical variant with absent right A1 segment and he also has severe right A2 stenosis which is supplied by the left ICA system.

So he is having recurrent haemodynamic TIAs involving the right anterior cerebral artery (ACA) territory with a “double crush”, which becomes most apparent after the effect of the four antihypertensive medications in the morning.

Take home message one, even with easy access to MRI, it is still important to notice the time pattern of symptoms in relation to medication taking in patients with recurrent TIAs as this is easily modifiable.

Take home message two, our patient is usually right and we should think of possible anatomical variants in cases where the story doesn’t fit! One previous study based on CT-angiogram showed that the prevalence of an azygos ACA was 1.5% and bi-hemispheric ACA was found in 0.9% of the patients, with 0.4% of the patients having congenital absence of A1 and 17.6% having hypoplastic A1. Foetal posterior cerebral artery is also another important variant to keep in mind, which is present in 37% of the cases studied.1 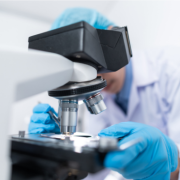 Carotid Web: the stroke etiology not to be missed

Chagas Disease and Stroke: A neglected disease and a social dilemma