The 29th Summer Stroke School: Healthy Lifestyle and Prevention of Stroke and Other Brain Impairments, International Course, took place in the beautiful city of Dubrovnik, Croatia, from  04th-08th of June 2018. The school was organized by Prof. Vida Demarin, FESO, Fellow of Croatian Academy of Sciences and Arts and Dr. Hrvoje Budincevic (FESO) and was attended by numerous participants from Macedonia, Croatia, Bosnia and Herzegovina, Slovenia, Austria, Albania, Latvia, Germany and Japan. The scientific programme consisted of lectures delivered by well-known international speakers who shared their rich experience and knowledge. All aspects of stroke and related brain disorders were covered during the 5 day’s course.

The meeting was opened by Prof. Vida Demarin (Croatia), who warmly welcomed the participants, presenting the most memorable moments from the previous schools in the past 29 years and than gave an overview in recent advances in vascular ultrasound. Prof. Peter Sandercock from the University of Edinburgh talked about 30 years of evidence-based medicine and the Global burden of stroke and also gave us hints and tips on how to start our own stroke research projects. We heard all about TIA as an emergency condition from Prof. Natan Bornstein, University of Tel Aviv, Vice-President of the World Stroke Organisation. He also delivered a great overview of the secondary stroke prevention, emphasizing all important aspects of this issue, and at the same time, actively interacting with the audience, giving practical advise and solutions to different clinical scenarios that arise from the everyday clinical practice. The expert team from Harlaching Neurology Clinic in Munich was led by the charming Prof. Roman Haberl, who questioned us what we know about stroke and than told us what we should know about stroke. Gordian Hubert, TEMPiS-Project-coordinator gracefully introduced telemedicine as a tool for improving stroke management and explained country specific solutions. Prof. Bojana Zvan, founder of the national TeleStroke (TeleKap) network in Slovenia talked about her experience in the implementation of telemedicine in stroke care, while  Prof. Kurt Niederkorn from Graz spoke about workup of cryptogenic stroke as well as current status and future aspects of mechanical thrombectomy. The role of Stroke Support Organizations (SSO) in Stroke Care was explained by Prof. Anita Arsovska (Macedonia), Stroke Alliance for Europe (SAFE) Board Member, who gave a complete overview of SAFE’s mission and vision (improving life conditions and level of care for people who survived stroke and their families) and its role in representing the voice of the stroke survivors. She talked about SAFE’s activities that led to the creation of the Burden of Stroke report and afterwards to the Stroke Action Plan document in collaboration with ESO, aimed towards politicians and EU policy makers, which resulted in the 1st and the 2nd Stroke Summit held in the European Parliament in Brussels. News from ESO-EAST and ESO-ANGELS Initiative were delivered by Hrvoje Budincevic (Croatia), who explained the importance of data registries. He specifically talked about the RES-Q registry where currently data from almost 20.000 patients are stored, thus providing a chance to analyse them and improve the performance accordingly. Beside stroke, other brain impairments were mentioned as well; Ilir Alimehmeti from Albania delivered a lecture on neurodegenerative diseases : current projects and future prospectives and Vladimira Vuletic from Croatia gave an interesting and thorough update of synucleinopathies (Parkinson’s disease, Dementia Lewy Body and Multiple System Atrophy).

The 29th Summer Stroke School was an excellent opportunity to exchange ideas, make new friendships and discuss future mutual collaboration. The social programme was very exciting and enjoyable as well, marvelously organized by our local host, Dr. Andrijana Bogoje from Dubrovnik, who took us sailing into the 16th century with the traditional “Karaka” ship and the magnificent violin concerto “The Four Seasons” from A. Vivaldi, played by Dmitry Sinkovsky and the Dubrovnik Symphony Orchestra String Chamber Ensemble, to the boat trip to the beautiful island of Lokrum or informal gathering at the “Gordian steps” in the evening after the official scientific program has ended.

Dubrovnik, also known as “the Pearl of the Adriatic”, one of the most beautiful destinations on the Adriatic coast, famous for its cultural and historical monuments that were created throughout its thousand-year existence was a perfect host for the Summer Stroke School. All participants were enchanted by this splendid city, as was George Bernard Shaw as well, who once said that “those who seek paradise on Earth should come to Dubrovnik and see Dubrovnik”. We are looking forward to the 30th anniversary of the Dubrovnik Summer Stroke School that is already planned for the next year and you are all cordially invited to attend it! 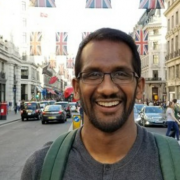 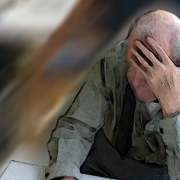 A TIA mimic which alerts of high intracerebral hemorrhage risk

Report from the EAN Regional Teaching Course in Belgrade, Serbia 20-22 April...ESO Executive Committee and News from the 2018 General Assembly
Scroll to top