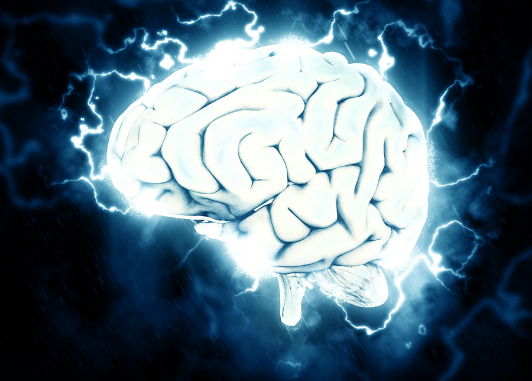 Stroke Neurorehabilitation involves many different approaches. Alongside the “conventional” techniques, there are several “unconventional” treatments, ranging from drugs for recovery (you might want to read the post on fluoxetine), to robotics and invasive and non-invasive brain stimulation.

Transcranial Direct Current Stimulation (tDCS) is a non-invasive brain stimulation technique involving low voltage currents applied to the scalp[1]. Two electrodes generate a 1-2 mA current that flows from the anode to the cathode in order to enhance or diminish neuronal excitability of the brain areas just below the electrodes. In particular, the target area placed under the anode (anodal-tDCS) is excited and the resting membrane potential shifts towards depolarization and shows increased rate of spontaneous neuronal firing. On the opposite, the target area placed under the cathode (cathodal-tDCS) is inhibited and the resting membrane potential shifts towards hyperpolarization with reduced neuronal firing[2;3]. The mechanisms of action underlying the modulation of neuronal activity induced by tDCS are still not well demonstrated[4;5]. Several reports have suggested that tDCS could have an effect on cerebral cells, altering the activity of NMDA and GABA receptors[6]. In particular, anodal tDCS causes a local reduction in the inhibitory neurotransmitter GABA, whereas cathodal stimulation causes a reduction in glutamatergic neuronal activity, which is excitatory[7]. Moreover, tDCS could facilitate the plasticity cellular processes, such as long-term potentiation and long-term depression and changes in protein synthesis and gene expression[8;9;10], and blood flow changes with an increase in oxygen supply on cortical areas as assessed at a neuroimaging study[11].

In the last decades, tDCS has been tested in several medical conditions due to its low cost, ease of application, and safety. Several studies have found that tDCS can improve motor and cognitive functions both in healthy subjects and in various neurological conditions, such as stroke, Parkinson’s disease, multiple sclerosis, and many others[1;5].

The most recent review concluded that stroke patients who received tDCS have better clinical outcomes in terms of disability, although no clear improvement in arm and leg function, muscle strength or cognitive abilities has been found[16]. This review included 67 studies involving a total of 1729 adult participants with acute, subacute or chronic ischemic or hemorrhagic stroke. It must be noted that the included studies were quite heterogeneous, investigating different types of stimulation, different treatment durations and different current features. Besides, the stroke etiology was mixed and the control groups received sham tDCS (electrodes placed but no or irrelevant current applied) or an active, different intervention.

In conclusion, future research is needed in this fascinating area to investigate the reproducibility of the aforementioned findings, especially regarding arm and leg function, muscle strength and cognitive abilities (including spatial neglect). This could be done by conducting larger and more homogeneous randomized controlled trials.

The magic carpet waits for you. So don’t you be late!