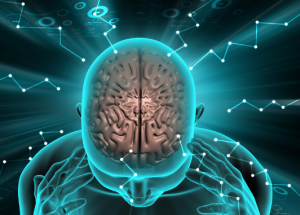 Previous studies yielded controversial results. Two trials from China (DIRECT-MT and DEVT)1, 2 found direct thrombectomy to be non-inferior to thrombectomy plus intravenous thrombolysis. However, these trials have been criticized for different reasons including wide non-inferiority margins and organizational aspects as well as rather long door-to-needle time for alteplase. In contrast, two further trials from Europe (MR CLEAN-NO IV)3 and Japan (SKIP)4 did not show non-inferiority.

In the current issue of The Lancet two further trials on this research question have been published which will likely end the debate.

The study is to be commended for the high quality of treatment in all participating centers reflected by short procedural times, high recanalization rates and an overall high percentage of patients achieving good functional outcome. In SWIFT DIRECT, rigorous inclusion and exclusion criteria ensured enrollment of a population most likely to benefit from thrombectomy alone. Nevertheless, point estimates favored combined treatment of intravenous alteplase plus thrombectomy. In patients below the age of 70, thrombectomy alone was even significantly less effective with lower odds of independent outcome at 90 days as compared to thrombectomy plus alteplase. SIWFT DIRECT also yield novel findings. The rates of postinterventional reperfusion where higher with combined treatment, which provides a likely explanation for the favorable outcome shifts observed in patients treated with alteplase plus thrombectomy.

The second trial, DIRECT-SAFE6 randomized 295 patients in 24 centers in Australia, New Zealand, China and Vietnam. The primary outcome was also an mRS score of 0-2 at 90 days, with a non-inferiority margin of -0.1. As in SWIFT DIRECT the trial did not show non-inferiority. Patients treated with thrombectomy alone had numerically lower rates of functional independence (55% vs. 61%) with a risk difference of -0.051 (95% CI -0.160 to 0.059). Safety outcomes were also comparable between the groups. In contrast to SWIFT DIRECT, DIRECT-SAFE also allowed for the use of Tenecteplase (17% of patients in the combined treatment group) and for enrollment of patients with M2 or basilar artery occlusion. Of note, almost half of the patients were enrolled in Asian regions, and in a region-based subgroup analysis Asian patients with combined treatment even showed significant better outcomes than those treated with thrombectomy alone. This makes it unlikely that the previous contrary results from the Chinese trials (DIRECT-MT and DEVT) are specific for Asian patients.

The main results of SWIFT DIRECT and DIRECT-SAFE are in line with those of MR CLEAN-NO IV and SKIP. Taken together, these four trials provide a clear answer to the question whether intravenous thrombolysis can be omitted prior to thrombectomy in patient with large vessel occlusion stroke. The answer is no, thrombolysis should not be omitted in these patients unless there are contraindications against intravenous thrombolysis.

Heart and brain: Is there a role for cardiac biomarkers in acute stroke treatment...