In a paper published in the European Stroke Journal today (1), Abilleira and colleagues report the availability and adequacy of stroke care plans and organised prehospital care across Europe, and explore their association with the national rates of reperfusion therapies for stroke, by using data from the ESO-ESMINT-EAN-SAFE survey on stroke care in Europe (2) .

The European Stroke Organization’s Action Plan for Stroke in Europe (3) recommends that all European countries have national stroke plans and a national stroke registry; a goal that is not yet achieved according to the paper. Currently 37/44 countries in the survey have a stroke care plan at national and/or regional level, while six countries have stroke plans solely at a local level. Stroke care plans across Europe displays substantial variation and are not necessarily comprehensive, often lacking an approach to the whole continuum of stroke care. Most plans only include acute stroke care, both prehospitally and in-hospital, whereas plans including post-acute care and rehabilitation are absent in most countries.

Importantly, it is shown that more patients in countries with a national stroke plan receive reperfusion treatment when compared with countries with regional, local or no stroke plan. As the authors point out, “organisation is also curative” in diseases where time is of the utmost importance for treatment and patient outcome. In order to give the optimal treatment, personnel in the entire stroke treatment chain needs clear protocols to avoid time delays, from emergency dispatch services to in-hospital stroke physicians.

Monitoring treatment practice through a national stroke registry also seems to have impact on care. In the 14 countries with national registries in place, patients received both intravenous thrombolysis (IVT) and endovascular treatment (EVT) at a higher rate, compared to the 28 countries without national registry data. Being a descriptive study, this article cannot point to a cause-effect regarding a correlation between a registry and more patients receiving reperfusion therapy, but it’s likely that by having a national registry, practice is monitored, one can easily compare the practice of one hospital with that of another and thereby identify areas in which improvement are necessary.

As the authors of this article so accurately points out, a multifaceted approach is needed to turn around the burden of stroke in Europe. Politicians and health officials need to prioritize and facilitate the national stoke plans and stroke registries in all European countries. Stroke plans need to encompass the entire treatment chain, from emergency dispatch services to rehabilitation. Whereas, focus often is on in-hospital protocols, minimising door-to-needle times and door-in-door-out times, many stroke patients are already missed at this point.

Recognition of stroke by health care professionals is the second step in improving stroke care (patient recognition being the first). We strongly believe that, prehospital personnel need further education in quick on-scene recognition, and triage of stroke patients needs to be addressed. In addition, we need to secure prompt transfer and improve communication between prehospital and in-hospital services, as well as thorough follow-up, rehabilitation and preparation of patients for a life after stroke.

Report on the first day of the 8th ESO-ESMINT-ESNR Stroke Winter School 2021, virtualBern

Illicit Drug Use and the Risk of Stroke 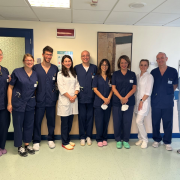 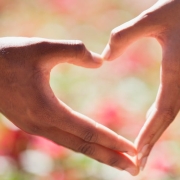 Looking back at ESOC 2021: infection and inflammation in stroke