Since 1977 World Health Organization (WHO) has been publishing every two years the Model List of Essential Medicines (EML), which consists of a list of medications considered the minimum medicine needs for a basic health-care system….” that satisfy the priority health care needs of the population.”  The core EML contains the most efficacious, safe and cost-effective medicines for relevant conditions selected based on current and estimated future public health relevance, and potential for safe and cost-effective treatment; whereas the complimentary EML covers priority diseases that require special facilities, equipment, and/or training.

The alteplase entry in the EML represents a unique opportunity to improve treatment for stroke patients in Europe and worldwide:

In Europe, alteplase entry in the WHO EML is a compass to development and implementation of stroke care.

However, countries with the highest rates reached proportions of treated patients of 20% and 6%, respectively.

In this framework  Alteplase entry  in the WHO EML empower  the culture of stroke care in European countries and gives a new higher meaning to stroke advocacy and stroke professionals commitment to stroke victims  and public health. The chain of stroke care encompasses prevention, acute treatment, stroke unit care, rehabilitation and life after stroke; entry of Alteplase into the WHO EML represents a strong support to this important part of the chain of care. The position of stroke has been strengthened through significant initiatives from the WHO: stroke has rightfully had its own single block under diseases of the nervous system in the ICD11. Further, in the Global NCD Action Plan Appendix 3, stroke units rehabilitation and thrombolysis are now mentioned as recommended treatments. This latest step is now including alteplase on the EML list as well as core drugs for stroke prevention.

As we all know, stroke is not cured by just giving the drug: giving alteplase requires organization and training. The EML is also to ensure implementation of such services to ensure safe and effective use of Alteplase in both high and low resource regions.

As other good news for the stroke community, the new EML also increases the options for stroke prevention: it now lists fixed-dose dual combinations of antihypertensives and the four direct oral anticoagulants (dabigatran, apixaban, edoxaban, and rivaroxaban) as essential medicines.

This strategic advance from WHO supports our professional struggle to set up structures ensuring the needed care for all patients with stroke. Through the professional knowledge within stroke organisations including ESO, we must in collaboration lift the level of care for future stroke patients in all settings.

WHO Report: Review of acute care and rehabilitation services for heart attack and stroke in Kyrgyzstan 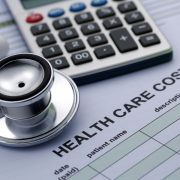 Promotion of ESO-EAST Activities at National Hospital of Kyrgyzstan

An Update from Angels