To qualify as an FESO, members must demonstrate scientific quality and a willingness to actively volunteer in ESO. There are no age requirements, but FESO must meet minimum standards. FESO receive additional benefits, including participation in the Council of Fellows. Visit our website for more information on how to distinguish yourself as a FESO.

We hope you will enjoy getting to know the Fellows who participate in the 2019 interview series and thank them in advance for taking the time to share with our readers. The series began with Alastair Webb, University of Oxford, UK, next we interviewed Anita Arsovska, University Ss Cyril and Methodius, Skopje, Republic of North Macedonia. In March we featured Francesco Corea, Stroke and Neurology Units, Ospedale San Giovanni Battista Foligno, Italy. In April, we got to know Prof. Hanne Christensen, MD, PhD, DMSC, University of Copenhagen, Stroke Consultant at Bispebjerg & Frederiksberg Hospitals.

In May, we took advantage of the ESOC to interview 3 YSPR members: Francisco Moniche, Caroline M.J. Moos, Georgia Fischer. For June,introduced Christine Kremer, assoc professor, Neurology Department, Skåne University Hospital, Department of Clinical Sciences Lund University. For July, we have asked Simona Sacco, Professor of Neurology – Department of Applied Clinical Sciences and Biotechnology – University of L’Aquila, Director –  Neurology Clinical Unit Avezzano Hospital and an active member of the ESO Guidelines Board. We deviated from our standard line of questions to ask her about stroke and migraine in recognition of World Brain Day focused on the topic of migraine.

I have to admit that after more than 40 years from the first study showing an association between migraine and stroke there is still a lot to understand. We know that migraine carries some vascular risk, that this risk is not only for ischemic stroke but also for other cardiovascular events including cardiac ischemic disease and that the risk is clearly evident for migraine with aura and is very controversial for migraine without aura. However we miss a lot of information which may be relevant from a clinical perspective. Migraine is common the young and usually improves with aging; some evidences indicate that active migraine with aura carries an increased risk while past history of migraine does not. Additional data indicate that subjects with migraine at a young age develop stroke later in life and other data indicate that migraine with aura starting after 50 years of age is associated with increased risk of ischemic stroke while migraine with aura starting at an earlier age and migraine without aura are not. Consequently the role of aging and migraine activity remains to be elucidated. There is also some evidence suggesting that the burden of migraine may impact on the stroke risk. High frequency of attacks of migraine with aura was associated with increased ischemic stroke risk while low frequency was not. But this information needs to be further supported also taking into account that subjects with chronic migraine (headache days for more than 15 days per month) are not suspected to have higher stroke risk. Additionally, migraine is a condition involving more women than men but gender differences in the risk are not entirely clear.

Mechanisms which are responsible for the increased stroke risk in subjects with migraine are yet to be elucidated. Experimental data indicate that there is a peculiar mechanism associated with migraine which lowers the threshold for ischemia. This is also indirectly supported by evidence in humans during the acute stroke phase showing that brain tissue in migraineurs suffers more quickly the ischemic damage as compared to the tissue of non-migraineurs. Taking together the experimental and clinical evidence, it is possible that in the cascade of events leading to ischemic stroke, migraine might act as a susceptibility factor by rendering the brain more sensitive to ischemic depolarizations. In this view some mechanisms may contribute to the association including hypercoagulability (e.g., antiphospholipid antibodies, protein C and protein S deficiency); hyperviscosity (polycythemia); hyperhomocysteinemia; hormonal dysregulation; paradoxical embolism from patent foramen ovale; and dissection of carotid, vertebral, or cerebral arteries. Moreover, recent data supported a specific association between migraine with visual aura and elevated risk of cardioembolic ischemic stroke; atrial fibrillation is supposed to be a mediator of migraine with visual aura-related ischemic stroke risk. This is line with experimental data on the mouse model showing that injection of microemboli in the carotid circulation may trigger cortical spreading depression which is the pathophysiological substrate of migraine with aura. In summary, clinical and experimental data suggest that some cases of migraine with visual aura are the clinical expression of microembolism to the brain originating in the heart after a paroxysm of atrial fibrillation and that at least a subset of migraine with visual auras be regarded as atrial fibrillation-related transient ischemic attacks. 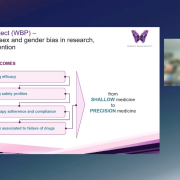 WISE Workshop 2021: How to manage an efficient network 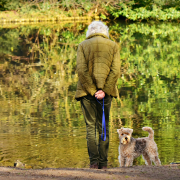 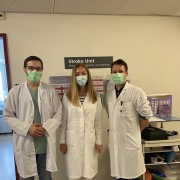 Glucose Management in Acute Stroke: results of the TEXAIS study