Tudor G. Jovin, University of Pittsburg, US, and Per Wester, Umeå and Karolinska Institute Danderyd, Sweden, chaired this interesting session; some of the main messages are summarized here:

Urgent CEA/CAS
Dr Roussopoulou, Athens, Greece discussed the safety of urgent carotid endarterectomy (within 48 hours of symptom onset) in patients with symptomatic (≥70% stenosis) compared with delayed CEA (3-14 days after index event). The rates of stroke (8.2% urgent vs 4.5% delayed) were without significant difference (p=0.329). It was discussed that rather the absolute difference in event rates, a more meaningful comparison between early and delayed risk of events would be if the rates of stroke while waiting for revascularization were also captured.

Long-term outcome after carotid endarterectomy
Dr Joshua from Stockholm, Sweden, presented valuable data on long-term outcome from 8390 patients treated with carotid endarterectomy (CEA). The ischemic stroke recurrence rate was shown to be dramatically decreased compared with CEA treated patients in the pivotal NASCET and ECST studies despite that today’s real-world patients are 6 years older. As the main explanation for this decrease in stroke rates, improved medical therapy and lifestyle changes have been identified.

Intraplaque haemorrhage:
Dr Bonati, Basel Switzerland, presented intriguing results on the occurrence of intraplaque haemorrhage (IPH) as a predictor of recurrent stroke in patients with symptomatic or asymptomatic carotid stenosis. Data were based on a multinational collaboration performed metaanalysis of pooled data from 7 studies that included MRI (T1) to detect the occurrence of IPH. IPH was commonly found both in symptomatic (51.6%) and asymptomatic patients (29.4%).  Carotid IPH was shown to be a strong and independent predictor of stroke risk among patients with carotid stenosis, irrespective of degree of stenosis. Thus, the presence of IPH may be used in the future as a key inclusion criterion in trials examining the benefit of carotid revascularization in patient populations with hitherto marginal or no proven benefit such as asymptomatic disease or symptomatic disease with mild to moderate stenosis. 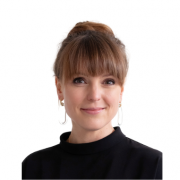 Cerebral venous thrombosis, HIT and VITT: from antibodies to management