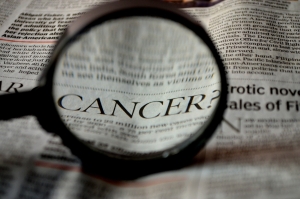 In the 19th century, French internist Armand Trousseau introduced for the first time the theory of hypercoagulable state in patients having malignancy, nowadays known as Trousseau’s syndrome (TS). TS is a systemic complication of malignancy which may manifest itself by thromboembolic events in the central nervous system. Approximately 40% of a general population develop a malignancy during their life span, and cancer as a co-diagnosis develops at certain timepoint in 1-2 of 10 stroke patients.1 TS is mainly associated with “active cancer” diagnosed within 6-12 months prior or after the stroke event. This group of patients represents up to 5% of a general ischemic stroke population and up to 20% of patients with cryptogenic stroke.2,3

Cancer associated ischemic stroke (CAIS) represents an increasing burden as the life expectancy lengthens and cancer therapy improves.4 Based on the available data, it is clear that CAIS requires a different approach to diagnostics, acute treatment and secondary prevention.5

The pathophysiology in CAIS is not completely clear and represents a complex spectrum of mechanisms related to the cancer itself, but also to its treatment with chemotherapeutics and radiotherapy. A hypercoagulable state caused by tumor pro-coagulants or adenocarcinoma released mucins as well as a non-bacterial thrombotic endocarditis may be involved in many of the cases.6,7 These mechanisms lead to recurrent and usually therapeutically challenging microembolization.

The ischemic stroke may be the first clinical manifestation of occult cancer. Several clinical and diagnostic markers may help to unveil underlying malignancy. History of smoking, recent weight loss, occurrence of venous thromboembolism, upregulated coagulation activity in laboratory tests and multiple territory ischemic lesions on cerebral imaging are specific but lack sensitivity. An important question is when and who to screen for an occult cancer. A probability score consisting of the 3 variables D-Dimer, hemoglobin and history of smoking may guide the clinician in the decision making.8

Data on intravenous thrombolysis (IVT) in CAIS are scarce and mostly based on observation studies and sub-analysis of bigger IVT trials. Concerns about bleeding risk are in the front line. Caution and individual approach should be taken in patients with gastrointestinal tumors, CNS metastasis and intra-axial intracranial tumors.2,9 There are also scarce data on endovascular treatment (EVT) since patients with concomitant cancer diagnosis have been excluded from randomized EVT trials. Similar rates of intracranial hemorrhage and recanalization in CAIS compared to non-cancer associated ischemic stroke have been showed in observational studies. However, platelet rich composition of thrombi and relatively more frequent tandem and multiple large vessel occlusions can make the EVT more challenging.10 The cancer related life expectancy must be considered in the acute therapeutic decision making and an individualized approach is required.

Patients with CAIS have often worse functional status prior to the stroke event, higher morbidity and higher stroke recurrence rate, all of which has a negative impact on the prognosis and further treatment.5,11 The approach in secondary prevention is not scientifically established and may be challenging compared to the “traditional” ischemic stroke patients.12 Injectable heparins are widely used for cancer related venous thromboembolism, mainly in the initial period, however high cost and inconvenience of a long-term administration are main drawbacks. Randomized control trials comparing direct oral anticoagulants (DOAC) and injectable heparins are needed to clarify eventual use of DOAC in this patient group.

CAIS represents an important field of stroke medicine but is quite unexplored. Further research in this field and establishing guidelines is an important task for following years.

Glucose Management in Acute Stroke: results of the TEXAIS study
Scroll to top