Highlights from the first afternoon of ESOC 2017

See video interviews with principal investigators and summary slides at: .

Prague, 16 May 2017 – Attendance at the third European Stroke Organisation Conference (ESOC) outstripped demand for space in the opening plenary as more than 4,000 delegates gathered in Prague for three days of the latest clinical study results, teaching courses and practical training. Excitement generated by the scientific programme continued into the afternoon with further data announcements, as well as the launch of the new partnership between the European Stroke Organisation and the Stroke Alliance For Europe (ESO-SAFE). Highlights from the afternoon’s scientific programme are outlined below.

Launch of the Action Plan for Stroke in Europe 2018-2030, ESO-SAFE Memorandum of Understanding and Burden of Stroke Report

The Memorandum of Understanding between the European Stroke Organisation and the Stroke Alliance for Europe, cements a partnership between the leading European professional and patient organisations. The first act was to launch the Burden of Stroke Report, providing the most accurate, up to date record of the incidence, prevalence and outcomes from stroke as well as a report on policy, healthcare infrastructure, service provision and quality related to stroke treatment. These initiatives are important steps in the development of the Action Plan for Stroke in Europe 2018 to 2030. This will guide European Union policy on research and management of stroke for the next decade.

Note: A video interview with Prof Bo Norrving, leader of this initiative, will be available from 18:00 CET on Wednesday 17 May at at: .

Modifiers of Endovascular Treatment Effect and Importance of Time Delays

Mechanical thrombectomy has revolutionised the treatment of large vessel ischaemic stroke. In the largest study of its kind, the factors which modify the efficacy of this treatment were assessed by the Virtual International Stroke Trials Archive (VISTA) Collaborators. Principal investigators, Prof Pooja Khatri (University of Cincinnati, USA) and Prof Diederik Dippel (Erasmus University Medical Center, Rotterdam, The Netherlands) presented an analysis of data from 14 studies.

“The evidence for endovascular therapy is robust, even if we include the prior negative trials,” said Khatri. “For a one hour delay the absolute reduction in likelihood of a good functional outcome is 9.5%,” added Prof Dippel.

Data from the ground-breaking HERMES Collaboration of the thrombectomy randomised studies has been used to assess the effects of CT-perfusion imaging on predicting the benefit from mechanical thrombectomy for acute ischaemic stroke due to large vessel occlusion. On behalf of the HERMES Collaborators, principal investigator Prof Bruce Campbell (Royal Melbourne Hospital and The University of Melbourne, Australia) presented findings from an assessment of the modified Rankin Scale (mRS) scores at 90 days in 900 patients.

“The number of patients needed to treat (with mechanical thrombectomy) to achieve good outcome tends to increase with estimated ischaemic core volume,” commented Prof Campbell. “However, overall point estimates remain at levels that may be worthwhile at higher estimated core volumes.”

These data should help to guide patient selection for thrombectomy.

Cerebral venous thrombosis is a rare cause of stroke and the optimal management in severe cases is unclear. Principal investigator Prof Jonathan Coutinho (Academisch Medisch Centrum, Amsterdam, The Netherlands) presented the first results from the TO-ACT study in 63 patients with severe CVT, randomised to endovascular treatment with thrombolysis and/or mechanical thrombectomy, or anticoagulation alone. The primary outcome was mRS score at 12 months. The trial was stopped at the first interim analysis for futility.

Key findings of the TO-ACT study:

This small study demonstrated no significant benefit from endovascular treatment in severe CVT.

Key findings from the TALOS study:

This study shows that further research is required before SSRIs can be used in stroke rehabilitation. “Although we have shown that treatment with citalopram was safe,” said Prof Kraglund. “It is not yet time to recommend the use of SSRIs after stroke in patients without depression.”

TESPI Study : First Dedicated Study of the Benefit of Intravenous Thrombolysis in Patients >80 Years of Age

Treatment with intravenous alteplase for acute ischaemic stroke (thrombolysis) has been the standard of care for more than 20 years, but there has not yet been a dedicated study in patients over 80 years of age. Co-principal investigator Prof Svetlana Lorenzano (Acute Stroke Unit, Policlinico Umberto Hospital, Rome, Italy) presented the results of the TESPI trial in patients over 80 years of age, within 3 years of onset. Despite early cessation of the study, there was a trend towards benefit in this patient group consistent with findings from studies in younger patients and subgroups of patients over the age of 80 included in other studies.

Key findings from the TESPI study:

These findings, in the light of similar results from other studies, support the use of alteplase in this age group. “If we compare these data with those from previous trials, the results of thrombosis within three hours in elderly patients are similar to those reported in younger patients,” said Prof Lorenzano. 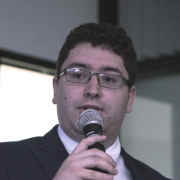 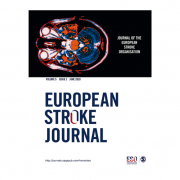 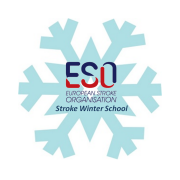