Recently, Coscia and colleagues reviewed the mechanisms of action and effectiveness of rehabilitation including robotics, muscular electrical stimulation, brain stimulation and brain/compute machine interfaces (BCI/BMI),1 which are all very promising new neurotechnologies in stroke rehabilitation.

Studies included in the review were focusing on chronic stroke patients with a severe upper limb deficit (defined by average upper extremities Fugl-Meyer score of <30 prior to treatment). Treatment effectiveness was based on the effect size on the Fugl-Meyer scores.

Muscular electrical stimulation, especially brain-controlled functional stimulation, strengthens the brains’ connections to the paretic muscles. It is applied mainly for shoulder subluxation, hand opening and wrist dorsiflexion. Only the first indication has been established to be significantly effective in clinical trials.

Non-invasive brain stimulation is used to modulate the cortical excitability of the stimulated area. Repetitive Transcranial magnetic stimulation (rTMS) and transcranial direct-current stimulation (tDCs) are the most adopted techniques to enhance brain plasticity, even in combination to achieve synergistic effects. Use of invasive implants has the potential to deliver brain stimulation with high temporal/spatial resolution and in a more continuous way of stimulation (even during home-based rehabilitation).

In the future, personalized interventions will combine different interventions strategies in sequence. A necessary conceptual change from ‘one-suits-all’ treatment towards individually tailored, longitudinal rehabilitation, by adopting novel technologies will perhaps shed more light in the area.

Why is qualitative research in stroke undeservedly ignored?

ESOC Session Highlight – Rare Causes and Stroke in the Young 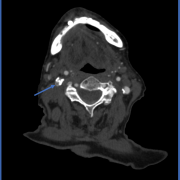 Stroke in the Young – Session Highlights from ESOC 2017