Despite decreasing in age-standardised stroke incidence and mortality over the last two decades in all European countries, stroke is still the second most common single cause of death in Europe. Whilst prevention strategies are vital in reducing stroke-related disability, acute stroke care, including acute stroke unit (SU), intravenous thrombolysis (IVT) and endovascular treatment (EVT) also significantly improve the outcome for patients with ischaemic stroke. However, data on access and delivery of acute stroke care throughout Europe are lacking.

To close the gap, the European Stroke Organisation (ESO), the European Society of Minimally Invasive Neurological Therapy (ESMINT), the European Academy of Neurology (EAN) and the Stroke Alliance for Europe (SAFE) surveyed 51 European countries to collect the national data on access to and delivery rates for acute SU care, IVT and EVT throughout Europe. The fruitful outcome of this huge collaborative effort has paid off and in this issue of the ESJ, the ESO ESMINT EAN SAFE Survey on Stroke Care collaborators reported their findings.

Overall data were available from 44 countries.

Perhaps somewhat expected, the authors also observed major inequalities not only between but also within the surveyed countries. For example, whilst on average 7.3% of incident ischaemic stroke patients received IVT, this rate varied hugely between countries, with the highest rates being 20.6% (Netherlands) and the lowest <1%.

The comprehensive data clear showed where we are now. More importantly, the data will be important in guiding decision makers implementing tailored stroke care programmes so that we also are clear about where we are heading for. One of the priorities is of course to make sure that all stroke patients can receive the same level of treatment wherever they live in Europe. With us working together as a group, on a platform such as the European Angels Initiative and guided by the ESO and SAFE Stroke Action Plan, we are confident that we will improve acute stroke care across Europe in the very near future. 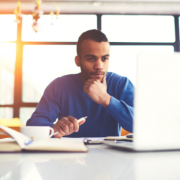 ESJ Comment: Mortality After Young Stroke: Can we predict it from the simple ECG?

From restriction to open but controlled inclusion: The new ESO/ESMINT guidelines on mechanical thrombectomy in acute ischaemic stroke