Aloha! With the backdrop of white sands, blue skies, towering palm trees and the dramatic Diamond Head crater, we bring you the highlights of the 2019 International Stroke Conference (ISC), Honolulu, Hawaii.

It promised to be a big week for trials of blood pressure lowering in acute stroke, however, the plot only thickens…

First, Professor Bath presented the results of the RIGHT-2 trial, a pre-hospital RCT testing the effects of transdermal glyceryl trinitrate initiated by paramedics within 4 hours of presumed stroke. In 1149 participants (52% ischaemic, 13% intracerebral haemorrhage, 9% TIA and 26% stroke mimics), the treatment did not have an effect on 90-day functional outcomes, assessed by unfavourable shift on the mRS. In subgroup analyses, those treated earlier, and those with intracerebral haemorrhage appeared to do worse, suggesting GTN may interfere with early haemostasis. Importantly, the trial showed that pre-hospital, paramedic-initiated treatments can be tested in the UK, opening the door for other important trials in this area…

Second, Professors Robinson and Anderson presented the results of the ENCHANTED BP trial, an RCT comparing intensive (target SBP 130-140 mmHg within 1 hour) against guideline-recommended (<180 mmHg) BP lowering in thrombolysis-eligible acute ischaemic stroke patients within 6 hours of symptom onset. The trial included 2196 participants, and showed the treatment (which achieved a modest 5 mmHg SBP separation) was neutral on the primary outcome of favourable shift on the mRS at 90-days. However, participants in the intensive group were significantly less likely to have intracranial haemorrhage, the primary safety endpoint. Importantly, intensive BP lowering was safe across ischaemic stroke subtypes, and we await analyses of the extensive imaging database that aim to reveal the mechanisms by which benefit from reductions in haemorrhage did not transfer to improvements in functional outcome.

Now, onto minimally invasive surgery for the treatment of intracerebral haemorrhage:

Professor Hanley presented the main results of the MISTIE-III trial, an RCT testing minimally invasive catheter evacuation of intracerebral haematoma, aided by local infiltration of alteplase (up to 9 x 1mg doses, 8h apart) with the aim of decreasing clot size to 15 mL or less, against standard medical management. The modified intention-to-treat analysis included 499 patients and was neutral on the primary outcome of mRS 0-3 at 1 year. Importantly, as described in more detail by Professor Awad, the neurosurgical procedure was safe, and deliverable across 78 sites in North America, Europe, Australia and Asia. The observation that those treated with the MISTIE procedure who achieved clot reduction to 15 mL or less (60%) had better functional outcomes supports the hypothesis that effective clot clearance is key…

To round up, we move into the realms of secondary prevention of ischaemic stroke:

Professor Toyoda presented the results of an RCT that tested the effects of dual antiplatelet therapy using cilostazol with aspirin or clopidogrel, against aspirin or clopidogrel alone, on first recurrence of ischaemic stroke in high-risk ischaemic stroke patients (CSPS.com). Patients were included if they had non-cardioembolic stroke confirmed on MRI, and had one or more ‘high risk’ characteristics, which included ≥50% stenosis of intra or extracranial vessels, or ≥2 vascular risk factors.  In analyses of 1839 Japanese participants (trial stopped early due to delays in recruitment; anticipated recruitment was 4000), recurrent ischaemic stroke occurred significantly less frequently in the treatment group compared with controls (51% hazard reduction, 3.2% vs. 6.9%, respectively) and there was no difference in severe bleeding, over a median follow up of 17 months… a promising finding that supports longer-term use of DAPT involving cilostazol in carefully selected patients. 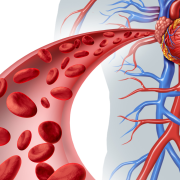 Carotid Web: the stroke etiology not to be missed

The polypill: An option for secondary prevention after stroke?

Why is qualitative research in stroke undeservedly ignored?