Nonfocal transient neurological attack (TNA) is defined as sudden onset of atypical nonlocalizing neurological symptoms lasting less than 24 hours. These symptoms normally include e.g. unsteadiness, blurred vision, confusion, and paresthesias. Although these symptoms are not uncommon, little is known about their mechanisms. In this issue of ESJ, Oudeman and colleagues tested one of the hypotheses behind TNAs. They hypothesized that if hypoperfusion played a role, nonfocal TNAs may be more prevalent in patient with carotid artery occlusion (CAO) than in patients without CAO.

Patients were selected from two different studies: the ones with CAO (n=67) from the Dutch multicenter Heart-Brain Connection (HBC) study, and the ones without CAO (n=62) from the Second Manifestation of ARTerial disease (SMART) study. Patients in both studies had a history of TIA or non-disabling ischemic stroke of the anterior circulation more than six months prior to inclusion. Study patients were interviewed with a standardized questionnaire on the occurrence of nonfocal TNAs in the preceding six months. The overall inclusion period was from November 2014 to September 2017. In addition to the occurrence of nonfocal TNAs, the authors recorded relevant baseline characteristics such as vascular risk factors, prior medication, side of symptomatic CAO, and presence of any other extracranial arterial stenosis.

The authors showed that:

However, as noted in the limitations, diagnosing TNAs can be challenging and the authors had no detailed information regarding diagnostic examinations of TNAs. Moreover, interviewers were not blinded regarding the CAO status of patients.

Patients with nonfocal TNAs are common in everyday clinical practice and may present with unusual symptoms, causing uncertainty both in patients and in treating physicians. Thus, we need more research to understand TNA better, to clarify the underlying mechanisms, optimal management and prognosis of these attacks. 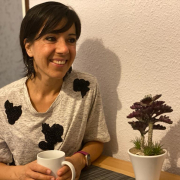 Catch Up Over Coffee – Laura Llull on Neurocritical Care

Implementation of RES-Q Project in Kyrgyzstan

Brain 2018 an EAN ESO InitiativeShould I Stay or Should I Go? Large Vessel Occlusion Stroke
Scroll to top