Selective serotonin reuptake inhibitors (SSRIs) are commonly used as first-line treatment for depression but there are emerging discussions about the safety profile of SSRIs particularly in light of several studies reporting increased bleeding risks with the use of SSRIs. Since SSRIs block serotonin release from platelets inhibiting both platelet aggregation and vasoconstriction, there is a pathophysiological rationale for this increased risk of bleeding. However, to what extent the use of SSRIs increase the risk of intracranial haemorrhage (ICH) is unclear.

In this issue of ESJ, Jensen and colleagues performed a systematic review and meta-analysis of published observational and interventional studies to address three main clinical related questions1:

Three randomised controlled trials and 24 observational studies were included in the final analysis, totalling 845,655 patients with 4,844,090 patient-years of follow-up.  In the pooled analysis of all studies, compared to controls, SSRI users had an approximately 30% increased risk of intracranial haemorrhage but there was significant heterogeneity between studies. This increased risk of ICH was not observed for recurrent ICH (RR=0.95). Interestingly, no increased risk of ICH was reported in the three randomised controlled trials, in analysis restricting to prospective studies or in studies of overall high-quality. The authors concluded that the apparent association of SSRIs and ICH in the pooled analysis is likely explained by indication bias, and unmeasured or unadjusted confounding. Therefore there is currently no sufficient high-quality data to advise withholding SSRIs to reduce the risk of ICH.

Whilst this is a very comprehensive systematic review, there are still limitations. The authors pooled results from a very mixed population, where high-risk population, general population, stroke population were not further stratified. Moreover, limited by the systematic review nature, the authors did not have more detailed data on the exposure or the outcome and were thus not able to look at the impact of SSRI type, dose or the clinical characteristic of the ICHs.

The finding of the current study echoed with the recently published FOCUS trial (Effects of fluoxetine on functional outcomes after acute stroke), which also found no increased risk of any stroke or any ischaemic stroke in stroke patients randomised to Fluoxetine 20mg vs. Placebo.2 Whilst we have learnt again that observational studies should always be interpreted with caution, it is slightly reassuring that our current practice of prescribing SSRIs to those with clinical indication is still valid, at least from the ICH risk point of view. More data on this issue will hopefully also come soon from the other ongoing large sister-trials of FOCUS: the EFFECTS (NCT02683213) and AFFINITY (ACTRN12611000774921).

The full paper can be found Online first. 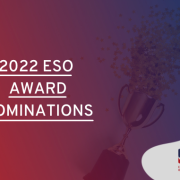 Tales from an old foe – CADASIL