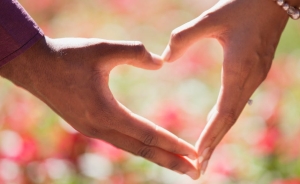 Heart and brain are strongly connected with each other. Ischemic stroke is a well-known sequelae of cardiac diseases like atrial fibrillation (AF), heart failure, or myocardial infarction. At the same time, diseases of the heart may complicate treatment and outcome of acute stroke. In diagnosis and prognosis of cardiac disease, blood-based biomarkers play a pivotal role, and in the past years, there has been growing evidence indicating the clinical utility of cardiac biomarkers outside cardiac conditions. Increased levels of cardiac biomarkers are frequently observed in stroke patients, but their significance is still less clear.

On the one hand, the predictive value of markers such as N-terminal pro-B-type natriuretic peptide (NT-proBNP), mid-regional pro-atrial natriuretic peptide (MR-proANP) and cardiac toponins for risk of stroke in the general population has been investigated1-3. On the other hand, by the time a stroke has occurred, cardiac troponins may help in identifying patients at risk for cardiovascular events. Cardiac troponins (troponin I, troponin T) are sensitive markers of acute coronary syndrome (ACS)4. Stroke and ACS largely share the same risk factors and thus may occur together. In line with this, current guidelines recommend measurement of troponin in acute stroke5. However, there are also other possible explanations for increased troponins in acute stroke, so that they may not exclusively indicate a treatment-relevant emergency calling for acute coronary intervention.

In a small pilot study including 29 patients with acute ischemic stroke (AIS) and increased levels of cardiac troponin who underwent coronary angiography, about 20-25% patients showed culprit lesions, i.e., coronary stenosis or local thrombus representing a target for coronary intervention. In contrast, nearly half of patients did not show any relevant coronary artery diseases6. Against this background the PRediction of acute coronary syndrome in acute ischemic StrokE (PRAISE) study has been started in 2018 to develop a diagnostic algorithm to better identify ACS as origin of cardiac troponin elevation in AIS patients. The primary hypothesis will test whether dynamic troponin levels (as compared to stable ones) indicate the presence of ACS. The study has enrolled the planned number of patients last year, and presentation of the results is expected at one of the large stroke meetings in the near future7.

Another possible application for cardiac biomarkers in stroke may be the identification of sources of cardiac embolism as cause of stroke, such as AF or severe heart failure. NT-proBNP is an established marker of hemodynamic stress, and increased levels of NT-proBNP are a diagnostic hallmark of heart failure8. Recently, MR-proANP has come into focus as a possible indicator of an increased risk of AF in patients with stroke9. The ongoing MidregiOnal Proatrial Natriuretic Peptide to Guide SEcondary Stroke Prevention (MOSES) study will address the question, whether stroke patients without AF but with increased levels of MR-proANP indicating atrial pathology may benefit from oral anticoagulation using non-Vitamin K antagonist oral anticoagulants (ClinicalTrials.gov Identifier: NCT03961334).

To summarize, cardiac biomarkers represent a promising diagnostic tool which may help in optimizing acute management and secondary prevention of stroke. Depending on the results of the aforementioned studies in the near future we may get used to measuring and interpreting cardiac biomarkers in the setting of acute stroke in our clinical practice.

Thrombectomy vs. thrombectomy plus intravenous alteplase – Full results of...
Scroll to top