“Doctor, how will my relative do?”
In the emergency room, this is the #1 Frequently Asked Question for vascular neurologists treating patients with an acute ischemic stroke. To answer it, prognostic scores have been derived and validated. Such prognostic scores apply to the general acute stroke population – (ASTRAL1, iScore2, VISTA3) – or only to patients treated with thrombolysis (DRAGON4, SEDAN5, SPAN-1006).

Strengths of the available prognostic scores are the inclusion of easy to collect variables, mostly easily determinable within hours of hospital presentation, and their validation in large patient populations. Prognostic scores have been criticized for aiming principally at the non-specialist physician and for being of little use to vascular neurologists.7 However, compared to outcome prediction by vascular neurologists, well-validated scores have a better prognostic accuracy (8,9). The JURaSSIC study compared the iScore to the estimates of 111 clinicians with expertise in stroke for the prediction of death or disability at discharge (mRs 3-6) in 1415 representative stroke cases. While 90% of the iScore-based estimates were within the 95% confidence interval of observed outcomes, only one in six clinicians were accurate for the prediction of death or disability at discharge. Clinicians tended to be overly optimistic, and vascular neurologists were not significantly more accurate than internists, emergency physicians, or general neurologists. Nearly half of the clinicians (48%) did not predict accurately the probability of the primary outcome in any of the five rated ischemic stroke scenarios (8).

Another recent study compared the ASTRAL score to estimates of 244 clinicians with expertise in stroke for 720 real stroke scenarios for the prediction of 3-month mRs 3-6 in the general ischemic stroke population (9). Overall, 86.5% of ASTRAL-based estimates were accurate, as opposed to 56.8% of estimated by clinicians with expertise in stroke. The majority of physicians’ inaccurate estimates (n = 231, 76.0%) were overly pessimistic, i.e. overestimated the probability of unfavorable outcome at 3 months.

One size fits all? Not so fast. Stroke physicians should be aware of the limitations of each score (for instance, the DRAGON score is not applicable in patients with basilar artery occlusion) and that such scores are not meant to serve as rigid rules to base health policy on, but rather to inform better decisions. Also, since thrombolysis affects outcomes after an ischemic stroke, a modern prognostic score should take into account whether or not thrombolysis has been performed. Ideally, the same prognostic score should include a “yes-or-no” item for thrombolysis. However, this need still remains unsatisfied. Such a prognostic score would specifically address the majority of stroke patients, i.e. those not treated with thrombolysis.

Albeit accurate, prognostic scores are still rarely used in clinical practice. In the era of “precision and individualized medicine”, it is difficult to understand this pattern. Probably, we as clinicians recall one or more “wonder cases” or “catastrophic cases” who beat the odds, and whose outcomes would have been wrongly predicted through scores. Such “aha” moments are likely to be remembered and influence following prognostications. Moreover, some of us worry that sound clinical judgment may be replaced by scores. The cognitive processes underlying our reasoning for prognostication are complex, poorly understood and probably subject to multiple cognitive biases (10). Prognostic scores, on the other hand, are the product of rigorous mathematical models and have been based and validated on data from thousands of patients. They do not claim to be right all times, but they are probably right most times. Surely «one size does not fit all» (7), but it may fit most.

To forecast tomorrow’s weather, would you just look out of the window? Probably not. You will also look at the weather report. But here too: you can do both, and catch a better glimpse.

After the posting of the blog, NEUROLOGY published a validation and comparison of 8 stroke prognosis scales performed in an independent and common dataset from the Virtual International Stroke Trials Archive cooperation (11). The stroke prognosis scales assessed are: ASTRAL; iSCORE; iSCORErevised; preadmission comorbidities, level of consciousness, age, and neurologic deficit (PLAN); stroke subtype, Oxfordshire Community Stroke Project, age, and prestroke modified Rankin Scale (SOAR]); modified SOAR; Stroke Prognosis Instrument 2 (SPI2); and Totaled Health Risks in Vascular Events (THRIVE). The greatest prognostic accuracy was achieved by ASTRAL with an area under the curve of 0.78. In other words, patients with a bad functional outcome were 78% more likely to have a higher ASTRAL sum score compared to patients with a good functional outcome. 1 in 5 patients with a bad
outcome would have a wrongly lower ASTRAL score, and life-saving strategies may be unduly withheld (11). One way to approach this dilemma is to use validated prognostic scores, such as ASTRAL, and combine their results with sound, bedside clinical judgment.

To be used in the emergency setting, a prognostic score should be parsimonious, i.e. have few, easily accessible variables. One of the most parsimonious stroke scale published includes only age and NIHSS, and was derived from the VISTA cohort (3). The prognostic performance of the two-item score could not be independently assessed in the cited NEUROLOGY paper, whose cohort source was also VISTA (11). The low number of variables may be at odds with a great prognostic accuracy. To parsimoniously increase score performance, validated prognostic blood markers such as copeptin may be included in the score. The edge of copeptin is that it can simultaneously capture a lot of prognostic information, as shown by its independent association with outcome.(12,13)

In summary, a parsimonious and accurate score combined with sound clinical judgment may allow for more accurate prognostications. Validated scores shall not replace – but rather complement – clinical judgment. Will our patients and relatives be more satisfied if they get a validated, digit-based prognosis? Will it help clinicians? We do not know. The only way to figure out is to start using these
evidence-based scores and gain some everyday experience. 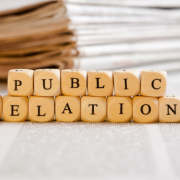