Prevent post-stroke epilepsy – Part 1 Can we identify those at high risk?

In 2019 the WHO, in collaboration with the International League Against Epilepsy (ILAE) and the International Bureau for Epilepsy (IBE) emphasized the importance of prevention in their global report on epilepsy.1  Stroke is one of the most common preventable causes of epilepsy, especially in older adults. 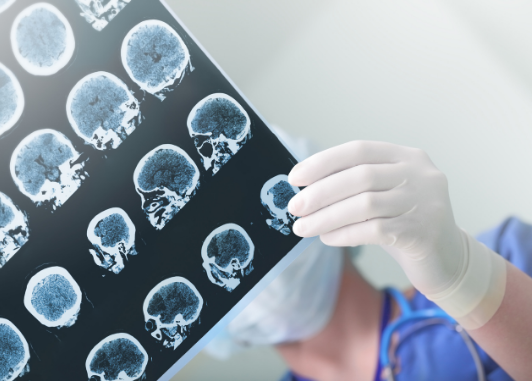 Post-stroke epilepsy develops in up to 12% of stroke patients and may develop with a latency of years after the primary insult.4  This may allow for interventions to prevent epileptogenesis, the process of acquiring a predisposition for seizures, in high risk patients.  We will review risk factors and biomarkers of post-stroke epilepsy today, and a second post will look into possible antiepileptogenic interventions.

While seizures during the first week after stroke do not warrant a diagnosis of epilepsy, the occurrence of early seizures considerably increases the risk of developing post-stroke epilepsy.3  However, a significant amount of early seizures are purely electrographic hence underrecognized.  Studies using continuous electroencephalographic monitoring in the acute phase have shown a prevalence as high as 14.6% for early seizures and 2.6% for non-convulsive status epilepticus after ischaemic stroke and up to a third in patients with haemorrhagic stroke.6

There are validated clinical tools to predict the 5-year seizure risk after stroke, such as the SeLECT score for ischaemic stroke and CAVE score for haemorrhagic stroke.3  The SeLECT score considers early seizures and the severity, aetiology and location of stroke to predict the risk of late seizures, while cortical involvement, age <65 years, volume >10mm and early seizures are included in the CAVE score.3

However, to increase the predictive accuracy of the above clinical tools it will be important to incorporate biomarkers. EEG could be a promising tool as EEG abnormalities have been shown to predict the development of epilepsy in the first year after stroke, independent of stroke severity.6  Recently, several blood biomarkers have also been described.8  The collaborative EU-funded EpiTarget project focused on identifying biomarkers of epileptogenesis, including  proteins and RNAs in biofluids as well as imaging techniques.9  Even though most of the findings require further research before they could have any clinical influence, an important step has been made towards a better understanding of epileptogenesis. Only if we can identify patients at high risk for post-stroke epilepsy with reasonable accuracy will we be able to study antiepileptogenic interventions adequately.5

Prevent post-stroke epilepsy – Part 2 Do we have interventions?
Scroll to top