Blog - Latest News
On 25 January 2017, European Brain Council (EBC) and Member of the European Parliament, Aldo Patriciello (Italy), in close partnership with European Stroke Organization (ESO),  European Academy of Neurology (EAN), Atrial Fibrillation Association (AFA) and Arrhythmia Alliance (A-A), hosted an AF-Related Stroke Policy Series Workshop in the European Parliament in Brussels. The discussion was moderated by Peter O’Donnell of Politico. The workshop focused on highlighting the importance of pre-screening and early detection of AF to reduce the threat of stroke and featured expert speakers in both AF and Stroke, including Dr. Geert Vanhooren, representing ESO president, Dr. Valeria Caso.  He spoke on Atrial Fibrillation-Related Stroke.
Other speakers included an inspiring testimonial from a Finish stroke survivor with aphasia and his journey as a Stroke Ambassador, a presentation on the Burden of Stroke by Prof. Dr. Didier Leys, past president of ESO, on behalf of EAN, Atrial Fibrillation as presented by a Cardiologist and details on the AF awareness campaign Know Your Pulse.As at least 18% of all strokes are associated with atrial fibrillation, the early detection of this arrhythmias has proven to enable patients to receive timely and effective treatment to avoid AF-related stroke. Reference was made to the EBC Research Project on Value of Treatment, investigating brain disease, including stroke, treatment gaps in Europe.This AF-related stroke workshop was the last of the workshop series created under EBC’s Year of the Brain, which aimed to highlight the importance of screening for AF, provide a forum for open discussion of all relevant stakeholders. It served to encourage the placement of regulations and guidelines, to recognize stroke as a social and economic burden and to raise public awareness of the prevalence of atrial fibrillation. By hands-on training, it demoed the easy yet vital screening methods that exist to reduce the threat of stroke.
Finally, the workshop launched the #ILoveMyBrain thunderclap campaign.#ILoveMyBrainThe European Brain Council (EBC) has created the #ILoveMyBrain logo as a communication channel for pulling together all the work being done to promote brain health. By bringing together the diverse activities aiming to reduce the prevalence of brain disorders, the entire community can benefit.  Using a common logo, which is repeatedly seen in public and in the media, will help gain more attention for brain disorders from EU policy makers and society at large.

The aim was not to create a logo that is “owned” by EBC. Rather, EBC encourages you to use this logo and the hashtag #ILoveMyBrain to help promote any activity that is connected to brain health and brain research.

EBC will officially launch of the #ILoveMyBrain logo on February 14th, Valentine’s Day. As part of the launch, EBC have created a Thunderclap campaign, and appreciate your support.

All that is needed for your support is to follow the link and sign up to support with Twitter and Facebook. Once you have done this there is no need to do anything further, Thunderclap takes care of the rest.  Please consider supporting EBC through your personal and professional social media accounts. 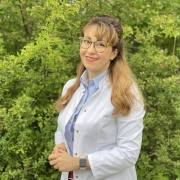 Stroke prevention in patients with diabetes: what is known and what are new perspectives?

Muzzy head – TIA or can it be something else?