A TIA mimic which alerts of high intracerebral hemorrhage risk 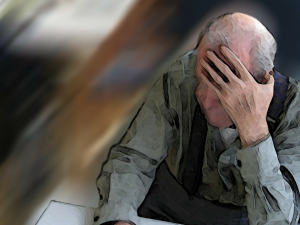 Cerebral amyloid angiopathy (CAA) is recognized as a major cause of spontaneous lobar intracerebral hemorrhage, especially in the elderly.1 The development of validated neuroimaging criteria (the Boston criteria) has resulted in CAA being increasingly detected during a person’s lifetime and resulted in greater knowledge about different clinical syndromes related to the cerebrovascular pathological trait. In addition to spontaneous lobar intracerebral hemorrhage and cognitive impairment, transient focal neurological episodes (TFNEs) have been increasingly recognized.2

TFNEs are short (up to 30 min, usually < 5min) often recurrent and stereotyped episodes of unilateral focal disturbances that have a wide spectrum of clinical features. The most common presentation is somatosensory (paresthesias, with or without numbness) or motor deficits but visual or language deficits can also occur. Typically the symptoms spread over a few minutes from one body part to another (often involving the perioral area and upper limb – a cheiro-oral pattern). Most patients present with a combination of symptoms instead of an isolated deficit. In about half of the cases the symptoms can clinically resemble classic TIAs with predominantly negative symptoms such as hemiparesis or aphasia, making TFNEs an important TIA mimic. 3, 4

TFNEs seem to be triggered mostly by superficial cortical hemorrhages (sulcal subarachnoid hemorrhage if acute and cortical superficial siderosis if chronic), which can be a biomarker of advanced CAA, likely caused by repeated episodes of small cortical bleeds into the subarachnoid space from fragile CAA affected vessels.2 The symptoms are thought to be related to the phenomenon of cortical spreading depression caused by electrophysical changes in the cortex.5 However, especially in younger patients, other causes of sulcal subarachnoid hemorrhage should also be considered.

The primary radiologic investigation in patients with TFNEs is MRI, which should include a blood-sensitive sequence. CT can often be negative for superficial cortical hemorrhages and does not allow evaluation for other CAA biomarkers.4

The differentiation of CAA-related TFNEs and TIAs has important treatment implications. Patients with sulcal subarachnoid hemorrhage due to amyloid angiopathy have a higher risk of developing a lobar intracerebral hemorrhage. As many as 50% of TFNE patients developed a symptomatic lobar intracerebral hemorrhage over a median follow-up of 14 months in a European multicenter study.6 Patients with TIAs are routinely treated with antiplatelet medications and increasingly with dual antiplatelet therapy. However, these agents may need to be avoided in CAA patients, unless there is a compelling indication.5

TFNEs are an underdiagnosed entity often mistaken for TIAs or other paroxysmal neurological events such as focal seizures or migraines with aura. Clinicians should have a high yield of suspicion for CAA-related TFNEs in older patients (>55 years old) who present with migratory symptoms and recurrent stereotyped events or other features atypical for TIAs, and refer these patients for a MRI scan including a blood-sensitive sequence.  The clinician who recognizes symptoms related to CAA should consider the use of antithrombotics in these patients with great caution and make appropriate interventions, such as better control of blood pressure, to reduce the risk of intracerebral hemorrhage in this patient group. 5,7

Hyperacute cardiac CT imaging in acute ischemic stroke: A snapshot or the whole...

ESO and SAFE kick-off the implementation of the Stroke Action Plan for Europe...
Scroll to top