In this issue of the ESJ, Leugno-Fernandez et al1. report the results of a population-based cost analysis of Stroke in Europe funded by the Stroke Alliance For Europe (SAFE). More specifically, this study aimed at estimating the overall economic burden of stroke for all countries of the European Union, together with Israel, Norway and Switzerland.

The authors found that the overall stroke costs in the included countries round to 60 billion Euros annually.

Considering previous reports from those countries, it was concluded that the economic burden of stroke is steadily increasing, e.g. from 38 to 45 billion from 2009 to 2015 and from 45 to 60 billion between 2015 and 2017. Interestingly, the largest economic burden of stroke was attributed to non-health or social care areas (16 billion informal care costs and 13 million due to lost productivity or early death).

In a growing and ageing population, the prevalence of stroke is expected to increase in the next years, together with its costs. Given these overwhelmingly high numbers, it is important to elaborate on how this burden can be reduced or, more likely, how we can abate its increase. Currently available means include improvement in primary and secondary prevention, raising awareness of the stroke signs and increasing access to stroke unit care, delivery of effective reperfusion strategies and rehabilitation.

First, considering the undeniable evidence that most of the stroke burden is attributable to modifiable risk factors, continued efforts to implement stroke prevention programmes should play a crucial role in counteracting morbidity and mortality related to ischemic stroke.

Time is brain hence focusing on better delivery of acute stroke treatment is also important. Stroke Unit care, intravenous thrombolysis (IVT) and mechanical thrombectomy (MT) are cost-effective acute treatments that increase the proportion of patients with disability free survival and reduce mortality2–4. However, according to a recent European survey, only 8.3% of incident ischemic stroke patients receive IVT and only 1.9% are treated with mechanical thrombectomy5, although some countries report much higher rates, with up to 20% of patients treated with IVT and 5% with EVT. These major inequalities show that many stroke victims in Europe still have no access to appropriate acute stroke care and there is considerable room for increasing the numbers of patients receiving these highly effective reperfusion therapies, thereby reducing the economic burden to the society. Importantly, a considerable number of patients that were at the time ineligible for reperfusion treatment, due to late presentation, are now also candidates for reperfusion treatments, considering the positive trials for IVT and MT in late presenters (WAKE-UP, DAWN, DEFUSE III, EXTEND/ECASS-4/EPITHET). Although the implementation of treatment for this specific stroke population will be accompanied by the need to introduce advanced imaging techniques throughout the countries, these have proved to be also highly effective strategies, with a surprisingly low numbers-needed-to-treat to achieve functional independence.

At a closer look, there is not only potential improvement due to a wider applicability of reperfusion therapies but also room for improving the organizational and technical efficacy of the reperfusion regimens itself. According to data derived from HERMES, Kunz et al. were able to show that the median loss in net monetary benefit of thrombectomy per minute delay from symptom-onset to groin puncture was 1059 US Dollar3. Taking this number into account, expediting treatment begin after symptom-onset by 10 minutes would lead to a beneficial benefit of 249 million US Dollar in the US (Kunz and Goyal et al., SNIS Annual Meeting, 2018). Using the same data, Goyal and Kunz et al. estimated that healthcare costs in each patient can be reduced with improving reperfusion grades, and this was tangible also when considering only successfully reperfused patients. That is to say that the net monetary benefit of achieving eTICI3 instead of eTICI 2b was 10300 US Dollar (DGNR Annual Meeting, 2019). Hence, treatments and technical developments aiming at improving reperfusion from TICI2b to TICI2c or TICI3 and development of material that is associated with less distal emboli, are very likely to be cost-effective, if found reasonably safe.

Taking together, reducing the economic burden of stroke will be a multi-facet challenge, which requires dedicated work at multiple hierarchical levels: from international and national societies, to national healthcare policies, to the organization of local stroke networks and down to technical and work-flow optimizations within each single hospital. We have to effectively use the giants of evidence to influence healthcare organization, stakeholders and political decision-making so that effective prevention measures and acute treatments become available to the largest possible population we can reach out to.

The original article “Economic burden of stroke across Europe: A population-based cost analysis” is available in the Online First section of the European Stroke Journal. 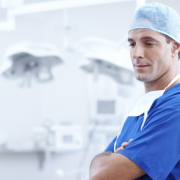 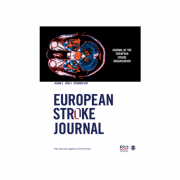 Highlights of the European Stroke Journal: Keep Calm and Carry On!