To start this topic, prof Nogueira emphasized how crucial it is to understand anatomy and pathophysiology of “medium vessels” – which is very complex and sometimes unexpected. Furthermore, even the definition of “mid-sized” can be confusing. Looking at clinical trials, a HERMES meta-analysis on 130 patients with M2 occlusion showed no clear benefit. However, occlusion of mid-sized arteries represents nearly 40% of all ischemic strokes therefore being a big clinical problem. So, prof Nogueira stated, this problem remains important, especially if we take into the consideration that intravenous thrombolysis achieves reperfusion in just 50% of patients.

In conclusion, by making the decision of treating mid-sized artery occluson endovascularly or not, we should balance vascular anatomy (tortuosity>caliber>distance) vs tissue status and disability, clinical-imaging mismatch and regional eloquence.  Furthermore a right therapeutic “tool” has to be chosen for the treatment, which makes the decision extremely individualized.

New thrombolytics for the treatment of acute ischemic stroke

Prof Tsivgoulis started the lecture with short description of Tenecteplase and its pharmacokinetic characteristics, as his lecture was actually about Tenecteplase only.Tenecteplase is the third generation of fibrinolytics, approved already for myocardial infarction, having benefits considering safety as well as the way of administration in comparison to alteplase. EXTEND-IA TNK trial published in 2018 was the first promising study in acute stroke showing better outcome without safety concerns for the investigational group of patients. NOR-TEST trial metaanalysis published in 2019 showed however higher haemorrhagic rate in comparison with alteplase, but in dosage of 0.4 mg/kg. ACT trial presented today with dosage of 0.25mg/kg, proved non-inferiority of Tenecteplase to alteplase, but also the clear benefit for patients with large vessel occlusion. Real-word data showed also promising results in this group of patients. So at the moment we have no final data and we still wait the result of a Tenecteplase study in wake-up stroke which will be presented here on Fridey.

Interesting clinical data show that at least 30% of LVO have mild (NIHSS) clinical picture. However, again meta-analysis shows that patients with NIHSS less than 10 do not benefit from endovascular therapy. In any case, most minor strokes will have good prognosis, so routine endovascular treatment is not warranted. However very early after the initial symptomatology, every fifth patient with mild stroke deteriorate. In 2019. a paper comparing medical management vs mechanical thrombectomy did not show significant difference between those two groups. Meta analysis of four studies showed also that symptomatic ICH was more often present in a thrombectomy group. Two recently published studies showed no difference in outcome, and especially to mention is the study from Seners and al. published in 2020 with the same result but a difference in outcome if we consider distal and proximal occlusion, showing much better results for proximal occlusion and clinically mild stroke. Not to forgot is a collateral status and thrombus length which can predict early neurological deterioration and help in decision for endovascular treatment. At the end, prof Krogias emphasizes, much larger randomized studies are necessary!

Reperfusion therapies in patients with unfavorable imaging features (low ASPECTS, poor collaterals): who, when and how?

The crucial question posed by prof Fiehler was what to do with patients with low ASPECT score and bad collateral score as in some cases they can still do good or much better with endovascular treatment. More confusing is also the fact that in patients with poor ASPECT score and poor collaterals if reperfusion (recanalization) is achieved, edema formation can be limited. Important information comes from a study published by Broocks and coll. published in 2022. Namely his results show that low ASPECT score leads to more symptomatic hemorrhages if combined with thrombolysis. It seams that also age plays a role – namely patients with low ASPECTs and large infarct core if being young (younger than 75 years of age) still benefit from endovascular treatment in contrast with patients who are older than 75 years when endovascular treatment shows not only no benefit but even a very high mortality rate. Comparison of six “large core” trials is still unconclusive, and ongoing randomized studies should be continued prof Fiehler concluded.

Acute stroke reperfusion treatment in the elderly and those with multiple co-morbidities – evidence, and how I do it.

Elderly people represent practical problem in our clinical practice as they are clearly underrepresented in clinical trials although we would all agree that age should not affect our treatment decision said prof Muir in his introduction. Talking about the intravenous thrombolysis, we should take in account not only the age, but also the initial severity of stroke as well as the time of stroke onset. Let us the add comorbidities which can severely influence the outcome and everything gets much more complicated he claimed. When we talk about thrombectomy, again in initial studies, older age groups were underrepresented and had fewer comorbidities. Certainly, advanced neuroimaging might help. So, at the end, age alone is not a contraindication to recanalization therapy, however comorbidities and combination of factors does influence the outcome. In conclusion, according to prof Muir, a good way for helping the decision is to ask yourself whether your patient would be included in randomized clinical trial and if not, are there enough data to support a favorable risk-benefit balance whereas time-window, prior functionality and comorbidity as well as imaging data do make a difference.

Finally, after excellent and challenging lectures as well as a colorful discussion, the main questions covered with this topic, namely use of Tenecteplase in acute stroke, endovascular treatment of mid-sized vessel, mild stroke, or in patients with low ASPECTs and poor collaterals or recanalization treatment in general in elderly chronically ill patients, still remain unanswered and have clearly to be decided individually, which makes eventual guidelines extension challenging. 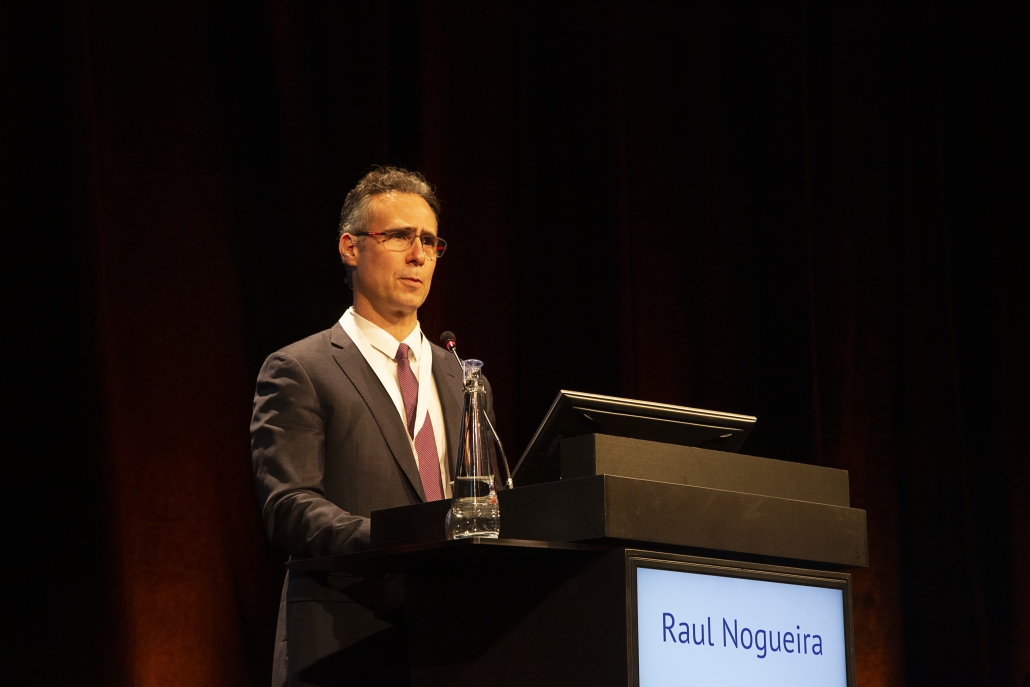 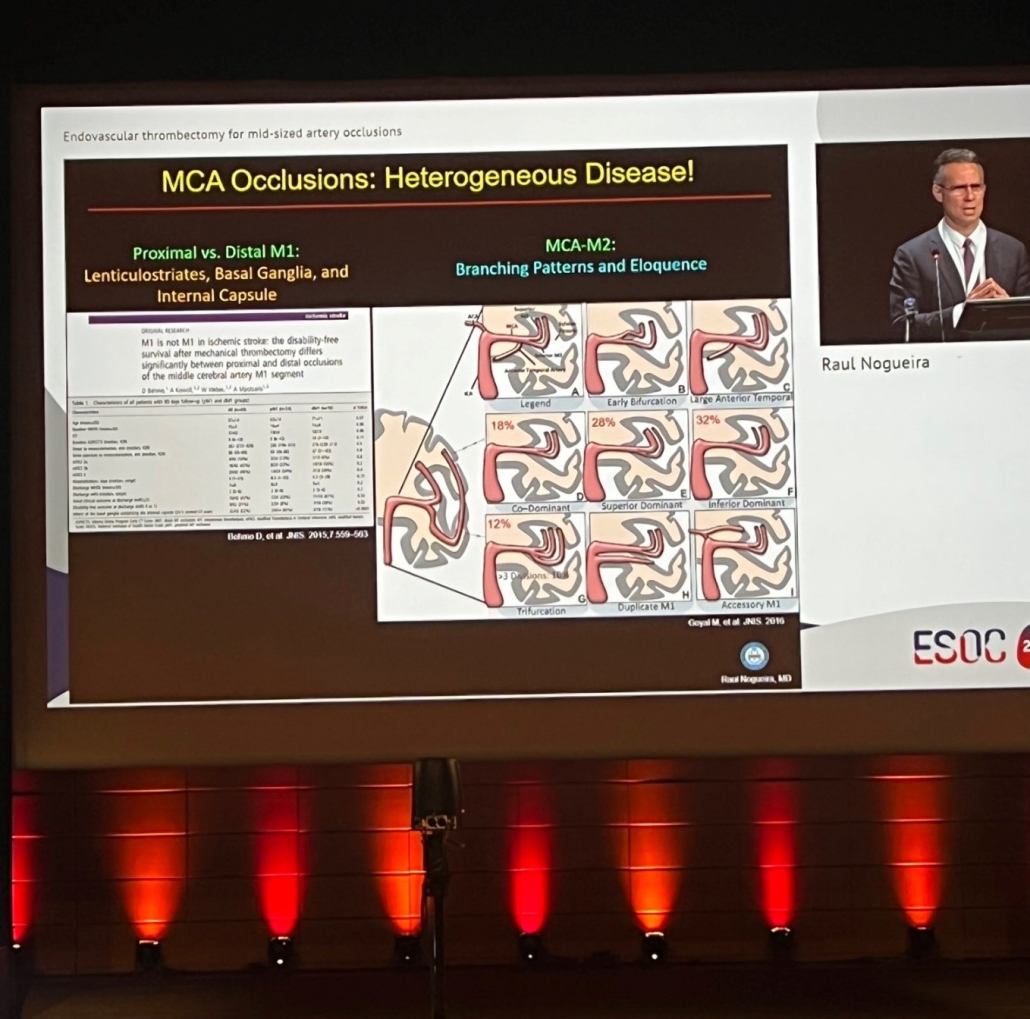 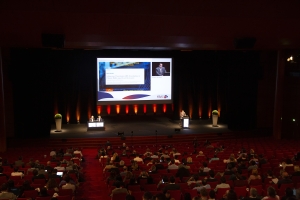