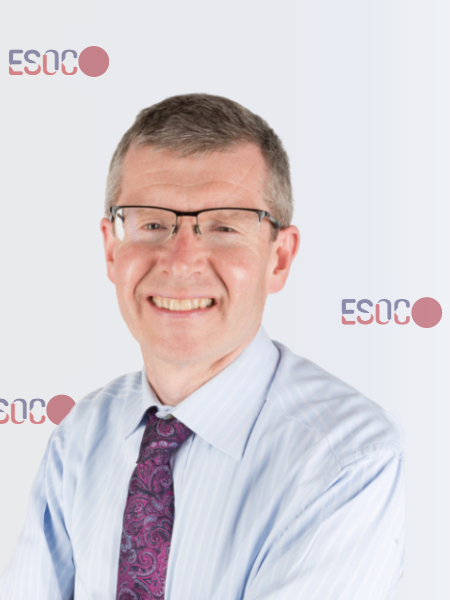 Peter Kelly trained in clinical Neurology and Stroke in Dublin and in Massachusetts General Hospital in Boston. He is now a busy clinician, Stroke Service co-leader, and Professor of Neurology at Mater University Hospital/University College Dublin. He holds Bachelors and Doctorate of Medicine, and Masters in Physiology from UCD, and a Masters degree in Clinical Investigation from Harvard/Massachusetts Institute of Technology Boston.

He has published widely in leading journals, mainly in stroke prevention, but also in acute stroke and recovery. His research focus is on clinical trials and risk prediction in atherosclerosis, TIA and atrial fibrillation using MRI, PET, and blood biomarkers. He is Chief Investigator on the international CONVINCE trial and several other studies, and Lead Investigator for the Stroke Clinical Trials Network Ireland. He has raised €14 million in stroke research funding, €10 million as principal investigator.

From 2010-16, he was Co-Lead for the Irish National Stroke Programme, which oversaw major improvements in clinical care for stroke in Ireland. Prof. Kelly has chaired implementation groups for the National Stroke Register and national telemedicine service in Ireland and developed guidelines in Ireland and with ESO. He continues to collaborate with North American colleagues, and served for 3 years on the Planning Committtee for the AHA/ASA International Stroke Conference.

He has collaborated widely with ESO colleagues. With the Trials Network Committee, he has chaired the Steering Group of the ESO Trials Alliance (ESOTA) initiative, a multi-national ‘network of networks’ to facilitate investigator-led stroke trials in Europe. He is a strong believer in the ESO principles of democracy, transparency, fairness and collegiality. He is committed to actively promoting inclusion of women, young physicians, and colleagues from Eastern Europe in ESO leadership structures and activities.