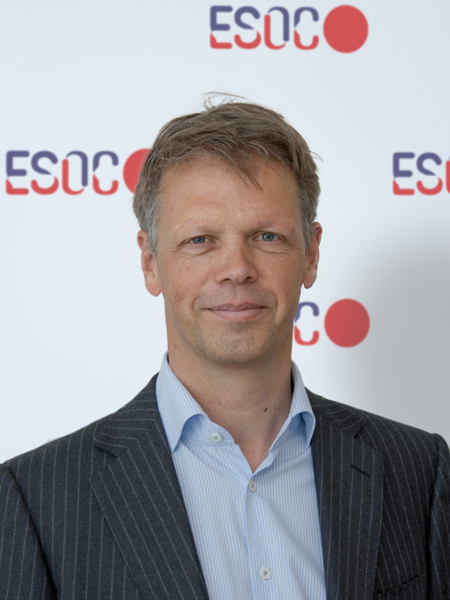 Martin Dichgans is a Professor of Neurology at Ludwig-Maximilians-Universität, LMU (Munich, Germany). He is the Founding Director of the Institute for Stroke and Dementia Research, Director of the Interdisciplinary Stroke Center Munich, and on the Board of Directors of the DFG funded Excellence cluster ‘Munich Cluster for Systems Neurology (SyNergy)’.

He has served ESO as the chair of the ESOC Conference Planning Group (CPG) 2017 and 2018, as an organizer of the ESO stroke science workshops, and on the steering committee of the Action Plan for Stroke in Europe; He also served the German Stroke Society (DSG) as president and is currently on the DSG Executive Committee.

His major research interest is in the mechanisms, diagnosis and treatment of small vessel disease (SVD), stroke and vascular cognitive impairment (VCI). His methodological focus is in genetics, molecular and cellular biology, neuroimaging and the conduct of investigator-initiated studies. Dr. Dichgans authored over 400 research articles, reviews, and editorials. He served as a coordinator / principal investigator of various national, EU (FP7 and Horizon2020) and transatlantic (Fondation Leducq) research grants, and is in leadership positions at national and international conferences on stroke and dementia. Dr. Dichgans coordinates multicenter clinical trials on SVD and VCI and has contributed to national and international stroke guidelines and expert statements. He is on the Editorial Board of the journals Annals of Neurology, Stroke, International Journal of Stroke, European Stroke Journal, and Frontiers in Stroke. Dr. Dichgans serves as chair of the scientific advisory board of the EU ERANET Neuron. He further serves on the research committee of the World Stroke Association (WSO) and scientific board of the DFG-funded Graduate School for Systemic Neurosciences (GSN).